Proud ladies in expensive, colourful costumes ride on mopeds through the blue smoke hanging above the streets of the Malian capital Bamako. The perky presence of women in public life in Mali is very common. In the Sahel, along the thriving transit route for trade caravans from north to south, because of the cultural communication back and forth for centuries a very specific lifestyle, religion and politics developed. But nine months of occupation of the north by extremist Muslims, has put on edge the divisions between North and South Mali, between currents within Islam and between tribal and racial groups.

Mali has a liberal Islam and a secular constitution, but conservative groups strive for more influence and the establishment of the Islamic Shari’a criminal law. There are signboards everywhere, with the inscription “donated by Saudi Arabia”, near the mosques in the cities or villages, and near new the water wells and schools in rural areas.

“For about 25 years we have noticed among us the Wahabites with their long beards,” says the MP Baba Haidara. “They have us pitted, with money and by the training of our marabous in Saudi Arabia.” Haidara hastens to distinguish between the Wahabi movement of conservative Muslims and the extremist fighters who impose their beliefs by force.

Many long beards were shaved off after the French intervention. Out of fear for revenge, light colored Malians in Bamako also keep a low profile. Many fled from northern Mali to Bamako through neighbouring Burkina Faso, because they do not trust their own countrymen anymore.

The amiable Malians are struggling with the poison of discord. In several places the army and civilians vented their anger on Tuareg, Fulani and Arabs from the north. In Bamako, the bus company Sonef was attacked, because the owner is Arab. The Ganda Koy and Ganda Iso, notorious tribal militias of black Malians from the south, have been preparing for a fight in the battle for the north. 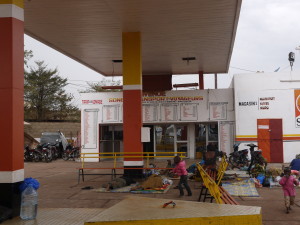 Cherif Ousmane Haidara is the imam of the great mosque in the district of Banconi. He preaches tolerance. When I met him in April last year he told me: “Our lives are in danger when the extremists will come south”. He is probably the most influential imam in Bamako, but more conservative ones are gaining influence.

Mahmoud Dicko is a major Wahabi, and head of the Supreme Islamic Council which he founded. With his campaigns he blocked a constitutional amendment a few years ago to give women rights to inheritance, an amendment already endorsed by the Government and the Parliament. Outside his office in Bamako lie boxes of dates, a gift from Saudi mosques. Until recently, he was strongly opposed to foreign military intervention and in favour of greater influence of Islam on politics. He is a sphinx. “I want an open, modern Islam, as in Turkey. I welcome the French intervention”, he says now.
Dicko puts the blame for the crisis on the “old corrupt political class”. He calls for the emergence of “politicians with a vision”, an indication that he wants a role for himself in politics. And Islamic leaders like him are gaining influence. “The corrupt political class together with the increasing poverty have created a fertile ground for radicalism”, the conservative imam argues. 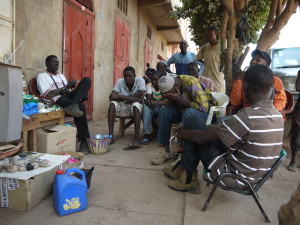 Soulemeylou Boubeye Maiga belongs to the old political class which Dicko criticises. He was until the coup last March the head of the Malian secret service, and he was several times minister. He laughs derisively about Dicko. “Dicko and his Supreme Council of Muslims are just as dangerous as the arms of the extremists,” he argues. “We know that radical Islamic organizations have for years been recruiting adherents among the poor people.” He suspects Dicko gives help to the extremists in the north. “In recent months recruits did travel from Bamako to the north, as well as from Gambia and Northern Nigeria. Dicko circulates in the same circles as the radicals. ”

Maiga served under the ousted President Amadou Touré, who was an amicable and incapable democrat. Touré always worked on consensus between the various political and religious currents, until there was no opposition anymore in parliament. Touré ruled in the tradition of the ancient bazaar politics: coalitions established by string of a bargain.
In Northern Mali that meant a game of wheeling, dealing and haggling between traffickers, clan leaders, corrupt officials and soldiers, politicians and criminals. When a handful of radical Muslims, mostly from Algeria, infiltrated these networks, the last semblance of a state apparatus disappeared. Toure’s policy of keeping the problems under control but not solving them had collapsed. “The time has come to renew our democracy,” concludes Maiga.
The heaps of rubbish in Bamako spoil the attractive small town along the Niger. For many years the government has stopped collecting garbage, and plastic bags now flutter around on the hot air, or end up in the clogged stomachs of cows and goats. Beggars dig in the dirt for food. On a terrace with a splendid view of the sun setting over the river sits researcher and consultant Fadial Ba. For him, democracy in Mali over the last twenty years has been a “bubble”. “You Westerners always think your model works here in Africa as well. The politicians in Mali threw a deal among themselves and bought their votes in so called democratic elections. They do not represent the popular will. ” 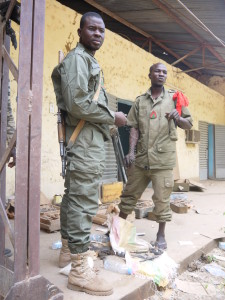 Since the military coup in March civilians and military fight for influence. And also the civilians and army regiments among themselves are divided. Interim President Dioncounda Traoré (70) wants early elections in July. Traoré was chairman of the parliament under the deposed Touré; He represents the old political class. He invited the French army and for now has won the power struggle with the coup leader Amadou Sanogo. Sanogo was always dead against any foreign intervention and his major struggle in the last few months has been to block the return of the old politicians.
Democratization, decentralization, peace agreements with angry Tuareg in the north, and ambitious development plans for disadvantaged areas, have all been tried in the last twenty years. In a new plan of government one finds the same for old phrases.
Fadial Ba does not believe in quick elections and transfer of power to civilians. “The problem of Mali is not just the military coup and the war in the north. The crisis is much deeper”, he says. “We need an interim period of several years. How long did it take in South Africa at the beginning of the nineties? Only in a long transition period we can organize a national conference, with all political and religious issues to be discussed. All tribes, regions and religious currents should participate. Only then can all Malians reunite. “

Mali: If the music dies… Mali finds itself in a political paralysis. A rebellion, an islamist uprising, a coup-d'etat: within mere months a seemingly stable country collapses under unresolved issues.... The Challenges of Retaking Northern Mali Once considered Africa’s flagship of democracy, Mali has turned into a shipwreck of anarchy seemingly overnight.... Touareg, scapegoats of Mali’s misery Mohamed Moctar is packing his belongings. There is not much is his room besides a sleeping mat, a blanket, a small sound system, a teapot,... From Mungo Park to the UN invasion of Mali “Hello mate,” writes Matt in an email. “Welcome! You can come back to the Sleeping Camel. I’ve decided to stay open. Because the UN has... How Islam from the north spreads once more into the Sahel Conservative Islam comes to the Sahel with an unstoppable mission mentality and the way paved by money from Saudi Arabia, Qatar and Pakistan....