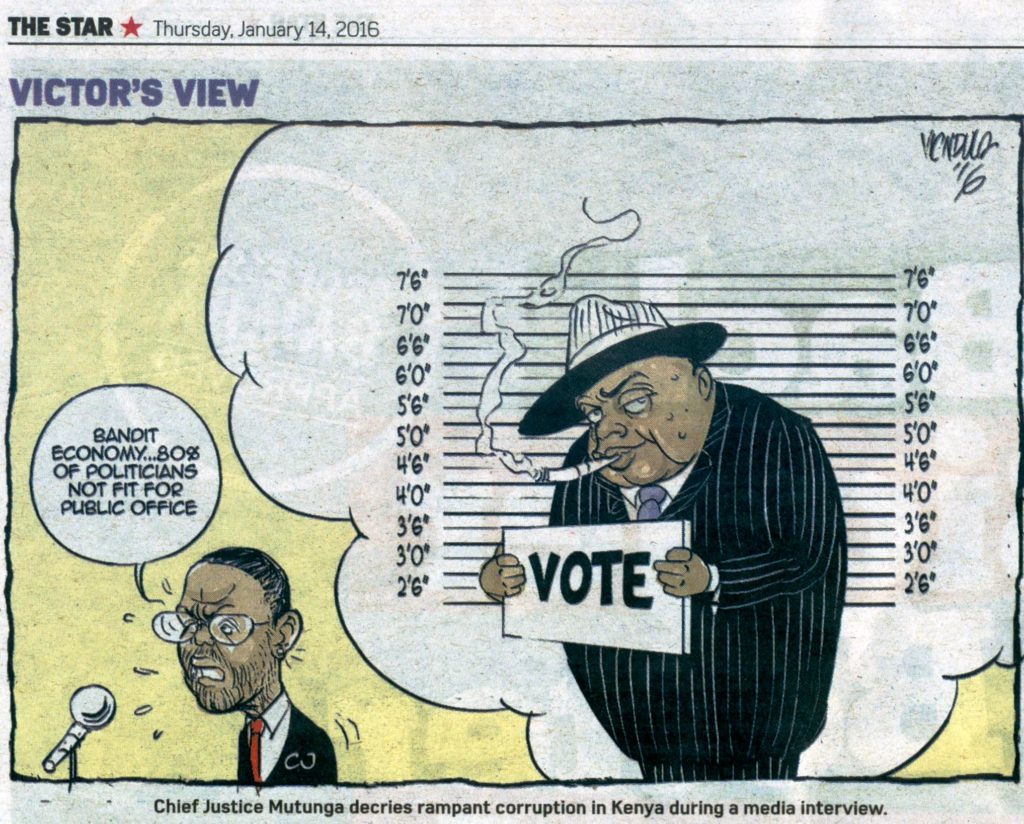 Money does the talking in Africa, now that the continent is growing fast. Increasingly cartels and mafias are taking charge. Leaders can act with impunity. I will therefore in 2017 closely follow the beleaguered presidents of Gambia and Congo, because they will only resign if they get a guarantee from their successors that they may take their riches amassed through corruption with them. And that they will not have to stand trial for their actions.

Justice forges a nation, but these rights are still missing. The biggest challenge for Africa remains the development of an independent judiciary. Judges are the last hope for justice. As in South Africa, where ombudswoman Thuli Madonsela bravely continued to dig into corruption by president Zuma. She has resigned and it will in part depend on her successor whether South Africa remains a democracy, or it will become a nation of thieves as Congo is. If a citizen feels disenfranchised, he turns away from the state. Corruption in the judiciary is destroying the whole fabric of society, a process of erosion which threatens to unravel Congo this year.

Like Thuli Madonsela the Kenyan Willy Mutunga resigned last year. The Chief Justice of Kenya tried to tackle corruption in its own judicial system. He described himself as someone who tries to tame a tiger while the beast is trying to devour him. Courts can be a counterforce to the cartels. If that fight has been won, maybe democracy has a chance. Mutunga want to hand over the banner to a young, digital generation to keep watch. He has hope for citizen groups such as is in Senegal and Burkina Faso, which have ousted presidents. And civil society activists in Congo, which agitate against the entire political class. Is a new pan African civil movement emerging?

The law often brought no justice in the past. Capital punishment for murder? That one you bought off with $ 500. Accused of rape? That remedied you with $ 250. Why would you pay for a lawyer if you can bribe a judge? The result was that no one believed in judges any more, the last resort for a citizen if there is no democracy and freedom of press.

In Africa the greatest population explosion ever unfolds. Three quarters of Africans are young people and the authorities have not succeed in creating enough opportunities for them. After more than half a century of independence a strong state and economy are still unrealized goals. Strong economic growth in recent years has not lead to better politics.

Will the political class excel again by opportunism in 2017? Will the confused Robert Mugabe keep on wetting his pants? Will the Zimbabwean president depart or will he stand again? Will the magic witchdoctor of Gambia go or stay? In the soap opera that has become of African politics only a strong independent judiciary can provide a guarantee for progress.