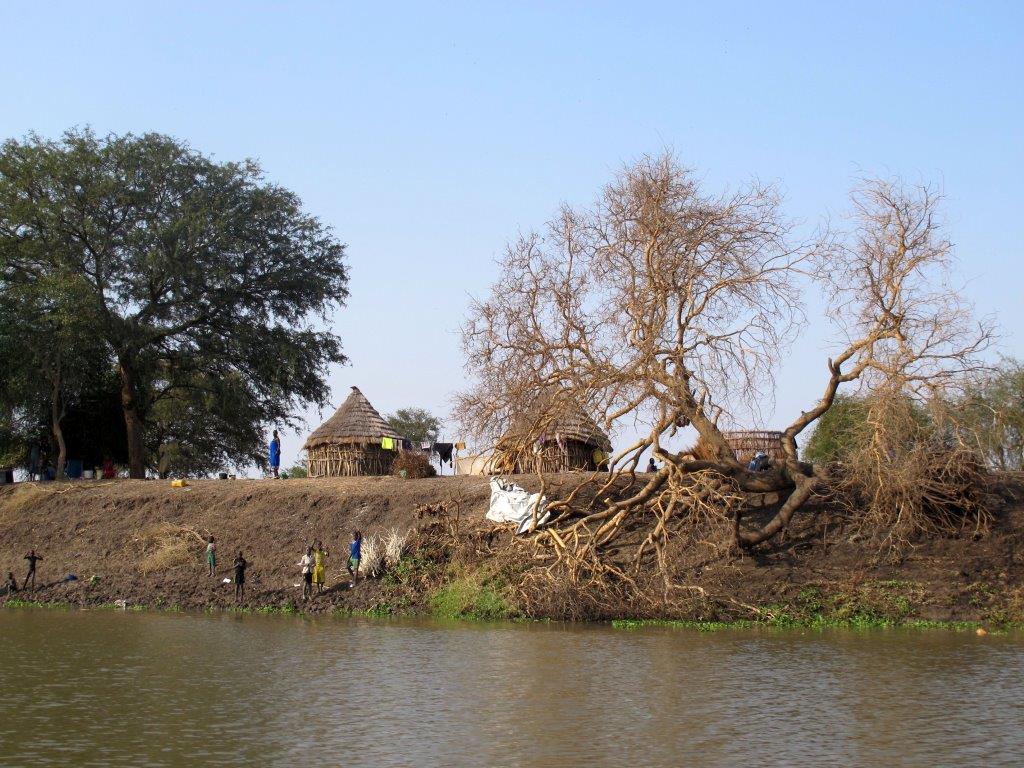 Nyaruch Kuon anxiously holds the stick that her granddaughter used to lead her through a war zone to the primary school in Akobo. After a week of wandering, the old woman sinks down to the ground in a classroom between other displaced people. She wildly rubs her dull eyes on her wrinkled face. “I cried and cried and I wept over the death of my sons, until my eyes gave way,” she says.

Last month, when government soldiers set fire to her house, three of her sons died. Yesterday she lost her youngest son, killed by a militia affiliated to the government.

Never before has South Sudan sunk so deeply, never before has the misery been so great. Between 1955 and 1972 and again between 1983 and 2005, the South Sudanese fought for separation from the Arabized north of Sudan. Once independent, they attacked each other with so much venom, that an unprecedented humanitarian tragedy broke out: hundreds of thousands of people were killed, 4 million people fled, half of the 12 million South Sudanese became dependent on foreign food aid.
There is political solution is in sight. Both government and rebels camps are fragmenting, the economy is broke and the outside world does not know how to stop the violent implosion.

Akobo is a town on a sizzling plain where civilians displaced from their homes find refuge in anticipation of new horrors. Everywhere in the country, scattered groups of insurgents fight against the government of Salva Kiir, or among themselves. The last bastion of the largest rebel group, the Sudanese People’s Liberation Army in opposition (SPLA-IO) of Riek Machar, is the town of Akobo on the border with Ethiopia. The government army SPLA is expected to open the attack on Akobo in the coming days, if the level of a nearby river goes down so they can cross.

Indissolubly linked to the war in South Sudan are the foreign aid organizations that are plundered in nearly every battle. The handful of aid workers in Akobo have reduced the number of cars and other items to a minimum.
“Our yard will be plucked in a couple of days”, predicts a relief worker. “We always have our passports and hard drive with us, ready to run away”.

Tall trees in Akobo provide protection against the heat of over forty degrees. Flies on the market buzz around the meat of wild gazelles and dried fish, alongside heaps of salt, chewing tobacco and soap. More products are not available, the isolation has brought Akobo back to the dark times of the liberation war. Just like then, the only way out is a flight with an aid organization taking off from an unpaved runway.
In front of a grubby office of the rulers, officials from the SPLA-IO sip cups of tea. A donkey kicks against the plastic table of Governor Koang Rambang who consults with the chief Yien Chwol. “I will not run away again,” the governor says when asked about the upcoming attack on Akobo. “As a child I wandered through the bush for months during the war against the Arabs. Always on the run, always lost. Until I received training in neighboring countries. Then I kicked it to a high position and now it’s up to me to motivate the population to fight back. ”

Tribal sentiments
During the protracted war of liberation against the Arabized North, the South Sudanese Dinka, Nuer, Shiluk and smaller tribes worked together, united in their aversion to the enemy. But in the current civil war warlords play on tribal sentiments and their warriors commit terrible atrocities. Diplomats in the capital Juba speak of “genocidal features” in the tribal struggle. Tens of thousands of people have already been killed on the basis of their tribal origin.
Governor Koang Rambang is frank about it: after the independence in 2013, the not very sophisticated leaders of the  guerrilla movement against the Arabs turned out to be incapable and shameless insensitive rulers. “Our leaders had no idea how to rule the country after the liberation”, he says. “The main cause of our problems is poor governance. The result is that bad feelings between the Dinka and Nuer tribes are being exploited”. Most of the Dinka clans stand behind President Salva Kiir, most of the Nuer support opposition leader Machar.
“Our leaders have completely lost their way. If this fight ever ends, they must answer for their mismanagement and corruption. Also Riek Machar needs to be accountable because he was once part of the government”, says Governor Rambang.
Headman Yien Chwol nods in agreement. In the settled dust on the plastic table he draws with his finger his defense line against the government soldiers. Most of South Sudan’s fighters are undisciplined young people. “I mobilize the youth to repel the attack. We Nuers have never been defeated by the Dinkas”, the chief says.
In the river that flows past Akobo, pelicans float among fishermen and women washing their pots in the muddy water. Mooing cows are swimming across the river accompanied by naked but well-armed boys. Time stood still here. Cows, guns, a centuries-old martial culture, chronic underdevelopment and a merciless landscape made South Sudan an archaic society that can easily be manipulated by warlords.

Outside the town, relief workers set up an emergency base along the river to accommodate the expected thousands of displaced persons from the attack on Akobo.
Former Dutch Minister of Foreign Trade and Development Cooperation, Lilianne Ploumen once called South Sudanese leaders “bastards”. The American UN ambassador Nikki Haley recently labeled President Kiir as an “inferior partner”. Donor countries have pumped billions into the country after 2005 without any evidence that aid for development has been used, diplomats complain in the capital Juba. After years of difficult conditions in the bush, the SPLA commanders started eagerly stealing when they became ministers. “South Sudan is not a country with an army, but an army with a country,” says a diplomat.
In the war of liberation, the SPLA settled mutual disputes first by arms, but then through peace counseling and the distribution of gifts. In Juba once in power, President Salva Kiir continued this policy and bought off dissatisfied politicians and militias. He had enough money, because billions of dollars poured in from oil production. But after the decline of oil prices this patronage policy no longer worked, because Kiir had nothing to give anymore. The house of cards collapsed and the civil war began.
After he had fired his vice president Riek Machar in 2013 and thousands Nuers were assassinated in Juba, the president relied on his own Dinka tribe. The Nuer under Riek Machar killed hundreds of Dinka in revenge. For the first time, rape became common in war. Kiir’s army leader Paul Malong did the dirty work for the president and extended the war to the southern Equatoria region, after which a million civilians fled to Uganda. Until Malong had become so arrogant and powerful that the president fired him last year.

“There is a thorough change of power”, explains a Western diplomat in Juba. Not Malong and the SPLA, but the intelligence service now plays the leading role. “The security service under Akol Choir is now the main force in the power game in Juba. The security agents have access to the latest oil fees, which makes them powerful. The little bit that is still coming in for the state goes to the presidential palace and to the security service.”
There is hardly any governance taking place anymore. When the Minister of Health convenes a meeting, he does so outside because his ministry is without electricity. Foreign aid organizations fund 90 percent of the health sector. Civil servants hardly receive salary and police officers and soldiers in Juba steal from civilians after sunset. Somali businessmen take care of the distribution of fuel in the capital, Ugandan of the supply of fresh vegetables and Kenyans keep the banks running. “And we Southern Sudanese are taking care of bringing the problems,” laughs a South Sudanese journalist.
War economy

The emergency aid thus grew into the most important sector of the economy. The government has a budget of 350 million dollars. Foreign donors cough up $ 1.7 billion annually for emergency help. This raises the question as to whether the donors help to sustain a war economy. Has humanitarian aid become part of the logic of the warlords?
David Shearer is head of the UN operation in South Sudan with 16,000 blue helmets. He nods. “Yes, South Sudanese leaders are counting on outside assistance to keep the people alive,” he says. “They know that the population is being looked after. Perhaps they are less concerned about the people than their own wallet”. And, he continues: “The government itself recognizes that there is corruption on a grand scale”. 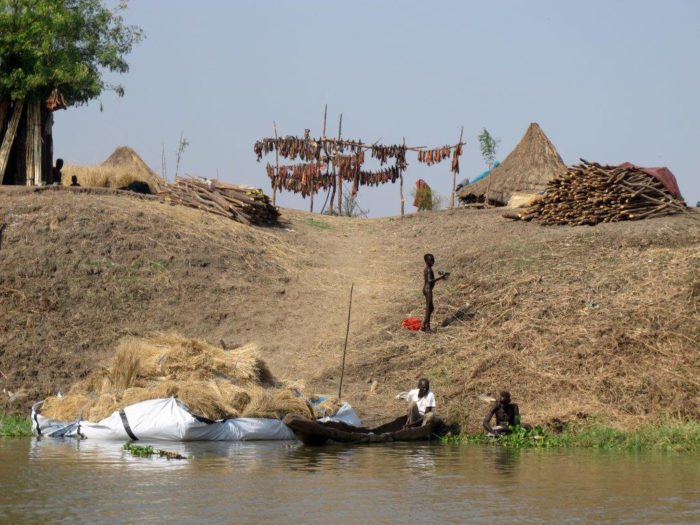 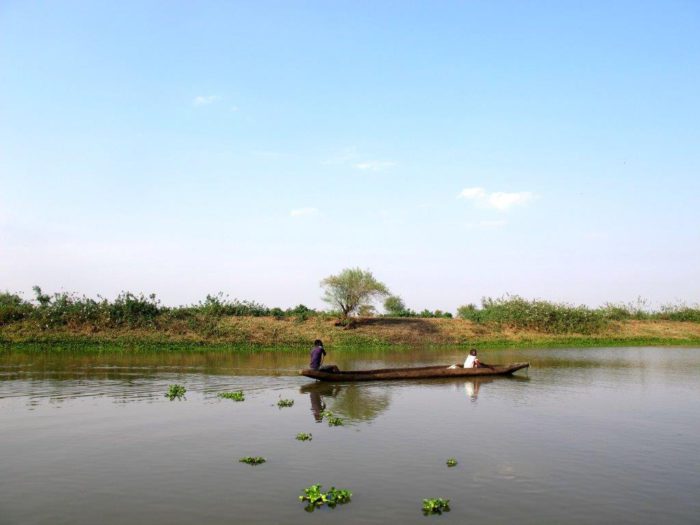 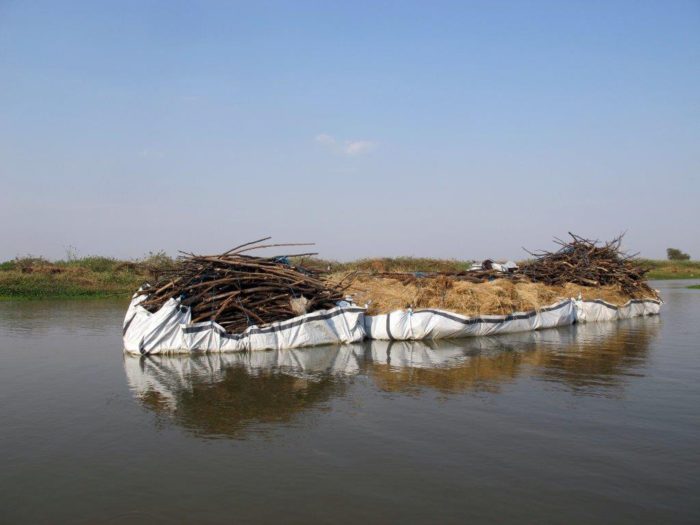 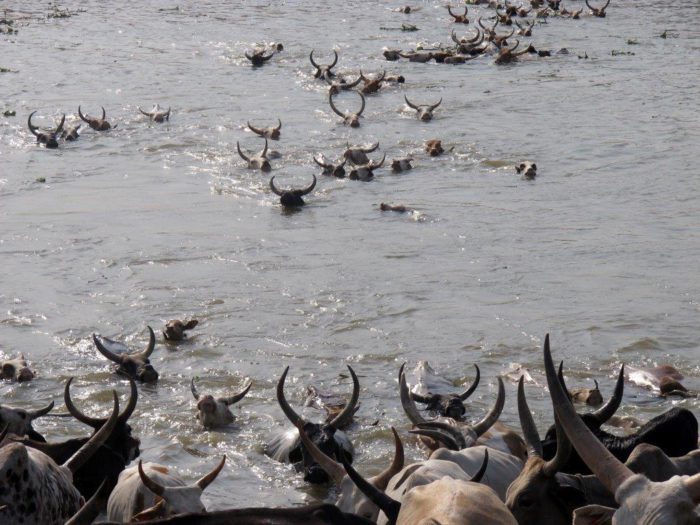