Rwanda, around Kigali, September 2012
Girls at a private school. They say that all their friends have sugar daddies
Photo: Petterik Wiggers/Panos Pictures

Boys loiter at their usual hang out on the outskirts of a slum in Nairobi, when an expensive SUV stops. A young woman – flashy dressed, bright lipstick, high heels – walks on the muddy path to the car as the door swings open. “Lucky Devil”, the boys say. They know they have no chance with Sarah, because she has a relationship with a rich man, her sugar daddy.

Sarah’s friend and fellow student is called Kali. She is jealous. “I want a sugar daddy too,” she whines. “I also want to live a good life. I have so many friends with sugar daddies.”
A financial sponsor of an older age, who in exchange for sex and other entertainment provides a younger girl with what she needs: that’s a sugar daddy in Africa. Or a blesser, as these sponsors are called in South Africa. This relationship between young and old is also called generational or transactional sex.

Sugar daddies are not a new phenomenon, but there are on the rise. In the Liberian capital, Monrovia, I once saw a girl in a ragged T-shirt branding the inscription “Your boyfriend is my ATM”. In South Africa girls are looking on special websites for their blessers. “The phenomenon is increasing in both urban and rural areas,” says Kopano Ratele, an influential psychologist and professor at the Institute for Social and Health Sciences in Cape Town.

A study in Kenya earlier this year done by the communications company Well Told Story shows that two out of three respondents have no problem if someone has a secret wealthy lover. One in three does himself have such a “sponsor”.

In neighboring Tanzania previous research shows that a majority of both young people and their parents find transactional sex acceptable. “Girls want security, they want a good providing partner. Therefore they turn towards sugar daddies. They want to be independent of men”, says Maura, a Kenyan student of 25 years. “The problem for us guys is how can we compete with rich and experienced sugar daddies. Can we do better than them in sex?”

Boys feel threatened by sugar daddies, this according to studies in Ghana by the organizations Curious Minds and Youth Advocates. They see the market to find a good woman ruined by older rich guys or others higher up the socioeconomic ladder. They worry about the only thing they, for lack of other benefits, have on offer: good and satisfying sexual performance. As one of their main concerns the boys in the aforementioned study in Ghana mention insecurity regarding the length of their penis. 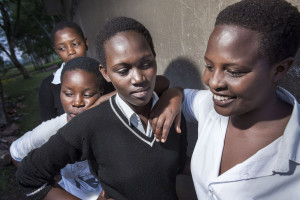 For girls pregnancy is proof of their fertility and a welcome ticket to a better future. They show themselves surprisingly realistic about the fact that education does not guarantee a better life. No, it is more convenient to score a rich guy. As one of their top concerns, according to the study in Ghana, is whether they can give birth to many children.
Africa is changing rapidly and old morals and values ​​disappear or decline. Did the strong economic boom of the last fifteen years bring about a socio-cultural revolution and are old sexual mores swept away? Like what happened in white America and Europe in the sixties?

“Yes, in the West there was a a kind of moral liberation,” said professor Ratele. “In Africa, sexuality is something quite different. Body parts like breasts are always displayed openly, without provoking feelings. We had no need for a sexual revolution in Africa, a sex positive culture has always been in existence. ”

Kopano Ratele analyses the emergence of the sugar daddies in a socio-economic context. The financial support for young girls in exchange for sex probably goes back over 150 years in southern Africa. It was then that the labor migration to the mines began. Miners who could go home only twice a year to their place in the countryside, went seeking sex around the mines. Young girls filled the vacuum.

In Kenya the colonialist began to take Africans to towns around 1900 to empty their toilet buckets and perform other household tasks for them. These workers also soon took up the habit of having a extra “town wife”.

Sex outside of marriage was and is common in Africa. “The big man in a village is a polygamist,” says Ratele. “Later in life, he takes a new and younger woman. The better positioned you are financially, the more choice you have. Chiefs and kings in the southern African countries still have multi-sexual relationships.”

Giving gifts is central to the culture. “Gifts are part of the daily interactions. As respect for the one you are visiting, but also when you’ve slept with a woman whom you are not marrying”, Ratele continues. South Africans used to talk about taxi queens, these are students who receive free transport to school in exchange for a sexual favor. “Sexual relations are changing rapidly,” says Ratele. “In the cities it is because female students have increased material needs than before. Apart from tuition fees they want expensive makeup and a wonderful mobile phone. And also in the villages you can see the influence of money. Those who moved away, return with money. They can now afford more women and children.”

“Sugar daddies do pose dangers,” warns Kopano Ratele. Such as violence and exploitation. “One in four South Africans are confronted by violence in sex, a major part of it is due to the sugar daddies.” He points to a study done in the countryside of the South African Cape Province among more than 1200 young people in seventy villages: 17 percent received money for casual sex and complain about increased violence as a result of it.

The phenomenon of sugar daddies seems both a consequence of persistent poverty and growing wealth. It confirms the traditional power of the old man, but also the growing independence of the younger woman. Professor Ratele: “There are so many influences at play- tradition and the Internet, religion and education – that it is difficult to determine the cause of the rapid rise of the sugar daddy.” 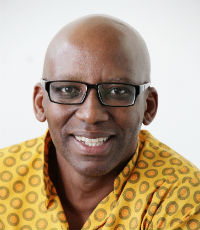 This article was first published in the NRC Handelsblad on Monday, August 8, 2016

Conservative islam is on the rise in poor Mali The mosquitoes in the car do not observe Ramadan and eagerly attack when we drive away from the Malian capital Bamako in the early morning....