The Ugandan poet Harriet Anena crawls from the stage and -groaning- invites a spectator to undress her. Anena performs a stage adaptation of her latest book of poetry A Nation in Labour during the literary festival Writivism in the Ugandan capital Kampala. Her sexually abused body is Uganda, her exploiter President Yoweri Museveni. The play – I bow for my boobs – is an example of a vibrant emerging literature in Africa.

Since about ten years everywhere on the continent festivals like Writivism(which was held at the end of August)take place. In Nigeria, South Africa and Kenya but also a festival was recently held in the Somali capital of Mogadishu. And every year there is a book festival in the city of Hargeisa in Somaliland.

African writers suffer a miserable existence. Only in Nigeria and South Africa, the market is big enough for writers to earn a living. “Meetings like Writivism get writers out of their cultural ghettos and give them self-confidence,” says Sumayya Lee, a South African author and co-organizer of the festival in Kampala. 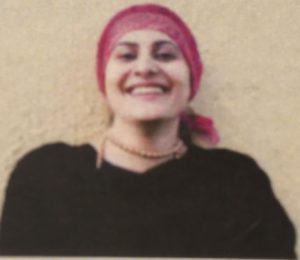 Disinterest of publishers and lack of a distribution network are the biggest problems ambitious writers face. “In South Africa my books are everywhere for sale but not at all on the English-speaking market in Nigeria. So like mules we writers travel with our books on the continent trying to sell them.”

Storytelling plays a central role in ancient tribal cultures. “Africans love stories, the problem is not that Africans do not want to read,” says Lee. Publishers focus on producing profitable school textbooks, they’re not looking for literary talent. Governments or large commercial companies refuse to invest in the development of writing skills, as is the case in the rich West. 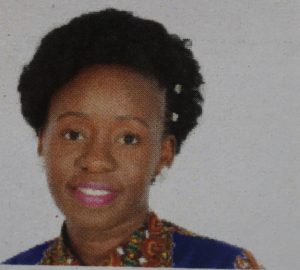 Schools don’t stimulate literature either. “Our school curriculum is for drilling kids, not to stimulate their creativity,” says Kenyan teacher and writer Gloria Mwaniga Minage, who released her beautiful short story Boyi at Writivism. In African schools the great heroes of the African literature of the sixties are taught, such as the Nigerian Chinua Achebe and the Kenyan Ngugi wa Thiong’o. “In their literature the story always revolves around the anti-colonial struggle or the resistance to African dictatorships,” says Mwaniga Minage. “But how can young people identify with literature if it does not touch their world? Issues like sex and technology, these are the things that they are daily dealing with.”

Which literature is relevant for young Africans, who make up three quarters of the population on the continent? During Writivism the authors discussed about their role. “Some of us ponder how to write in order to win a European award,” says the Kenyan writer Stanley Gazemba, who wrote three novels and eight children’s books since 2003. “From our income we can not make ends meet, so to organize these festivals we have to talk to white donors. So should we also please them? Some writers manipulate their story to make it fit the mindset of the Europeans.” The most famous and best-selling African writers live most of the year outside the continent, like Binyavanga Wainana, Taiye Selasi and Chimamanda Adichie. “Those celebrities can not tell our African story” sneers Stanley Gazemba. “The heart beat of the continent is in our slums and villages. You can not peep though a keyhole at Africa from a luxury position in Europe or America and then claim that you write African literature. That is voyeurism. They do not represent our continent.”

Little evidence of ‘Africa Rising’ in Index of African Governance Next time you pick up a glossy document from one of the global consultancy companies promoting investment opportunities in Africa, count the number of times...