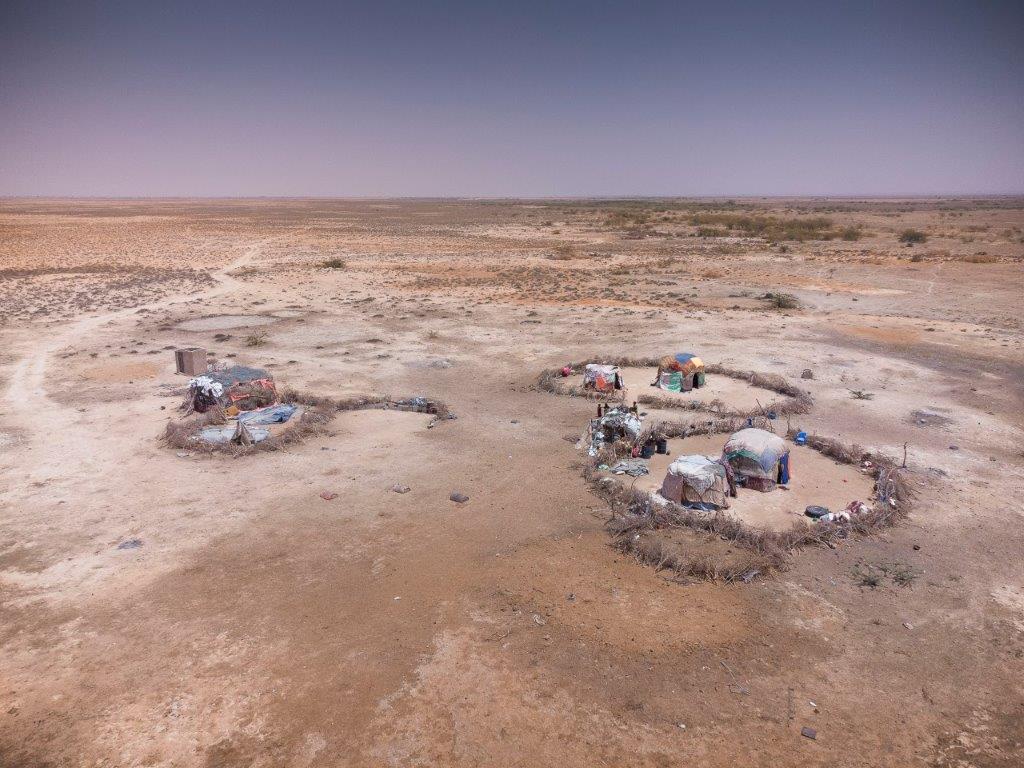 The village meeting in Budunbuto is rudely disrupted when the nomad Abdi storms in. “Water, water, who  has a jerrycan of water for me?” he begs those present on the mats. Village chairman Said comes out of his cross-legged position, rubs his withering red hair and turns to the visitor. “Why do you cover your head with a cloth”, he first wants to know. “Then you can’t see the worry on my face because of the drought,” the nomad replies.

The tall men in sarongs had gathered in the empty food warehouse of the village, 100 kilometres north of the regional capital Garowe, to discuss what to do after four years without rain. There is no water at all in the village. Only Said, the leader of the hamlet of a few hundred homes, can afford the 200 euros to get water with a tanker, 120 kilometres away.

He walks to his home through the swirling dust and hands his last two jerry cans to the desperate nomad. For Somalis, the traditions dictate, take care of each other. His children look sad, because they see the water disappear for their tea, as their parents will have to wash their feet and faces with sand in the morning for prayer.

The nomads outside the villages and towns suffer the most from the drought. “We are lost, last week an old woman and a young man in my family died,” says Abdi Ahmed, “goats and sheep die every day. We are dying, only God can save us.”

In the battered landscape with the blazing wind and the blistering heat, there is only room for hardened people. Their way of caring for each other, the social clan ties of the Somali people – all their drought-fighting traditions are now exhausted.

Development projects – storing rainwater or digging wells – are no longer able to cope with the climate change that has left the country very dry. In Somalia in March 670,000 residents were displaced by drought, 4.5 million are in urgent need of help, that is a quarter of the population. Due to the extreme drought, 13 million people in the entire Horn of Africa are at risk from food shortage. 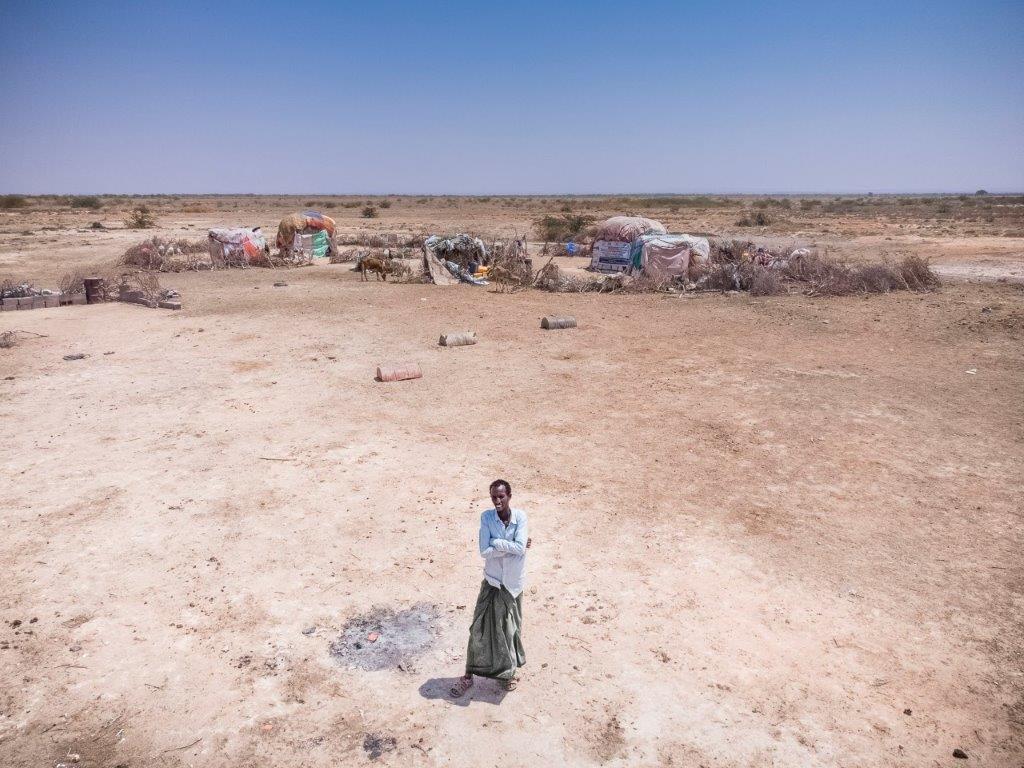 It’s all about livestock

Hamdi runs the only shop in Budunbuto. Five cans of corn, a packet of flour and a bottle of cooking oil is all that remains on the shelves. “I don’t sell anything anymore,” she complains, “nobody has money, everyone owes me.” She talks about the fate of women and children in the crisis. “It breaks my heart to see them begging for water from the houses.” Outside, the nomad Abdi meanwhile walks agitated through the streets. “My donkey is gone,” he shouts, “how can I transport those jerry cans now, my kraal is one day walking from here.”

In the autonomous state of Puntland with approximately four million inhabitants in north-eastern Somalia, 95 percent of the rural population and 70 percent of urban residents depend on livestock. The savannas are arid, only in the rainy season does the grass reach so high that the sheep disappear into it.

“In Puntland, city dwellers depend on the support of their rural relatives,” says Ahmed Muse, the mayor of the capital Garowe. The city coat of arms shows off a sheep, in Puntland everything revolves around cattle. “I see more and more beggars in the city,” says the mayor, “because relatives in the bush no longer send money. City dwellers can no longer afford two meals a day. If the cattle die, the Somalis die.”

In Somalia, the nomadic spirit prevails, but the breaking point for most residents will come if no rains fall in the coming weeks. Hyena tracks can be seen on the savannah around Abdillah Fara’s kraal beyond Budunbuto.

“We try to bury our dead animals as much as possible because they attract countless predators,” he says as he kneels next to a carcass, the remains of a cow that he left here exhausted yesterday. During the night he repeatedly puts his remaining few cows on their feet, “because if they don’t stand, they fall asleep and succumb.” 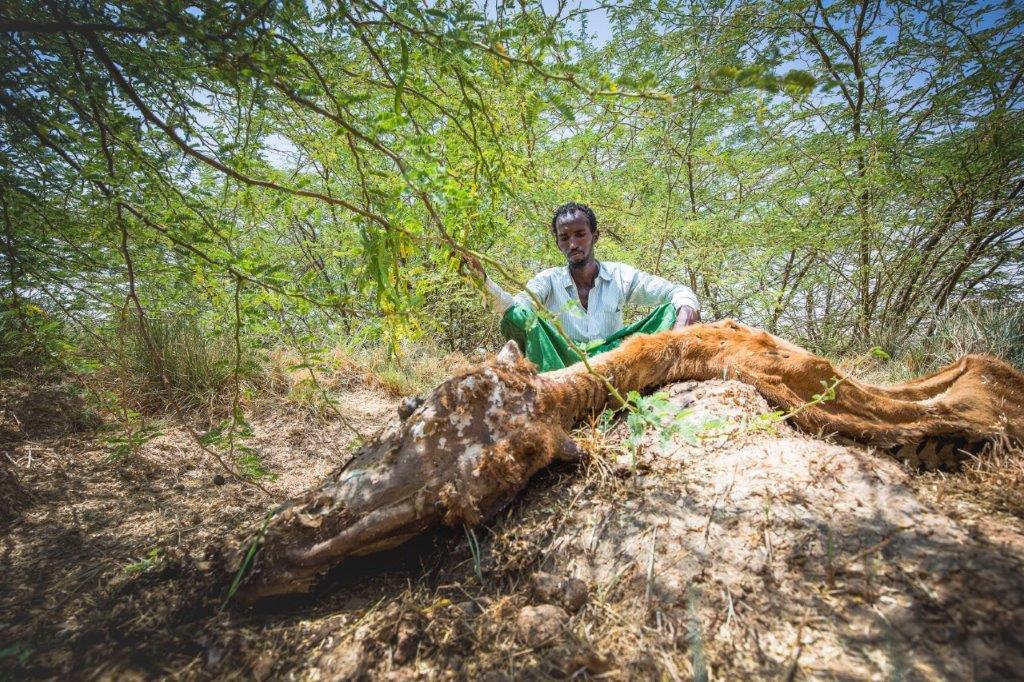 Happy sheep don’t make noises. Now they are bleating noisily. “They tell me that they are sick, that the remaining grass is too salty, that they want to drink.” He pushes a faltering sheep towards the herd with his stick and sighs: “He won’t make it to the kraal tonight.” 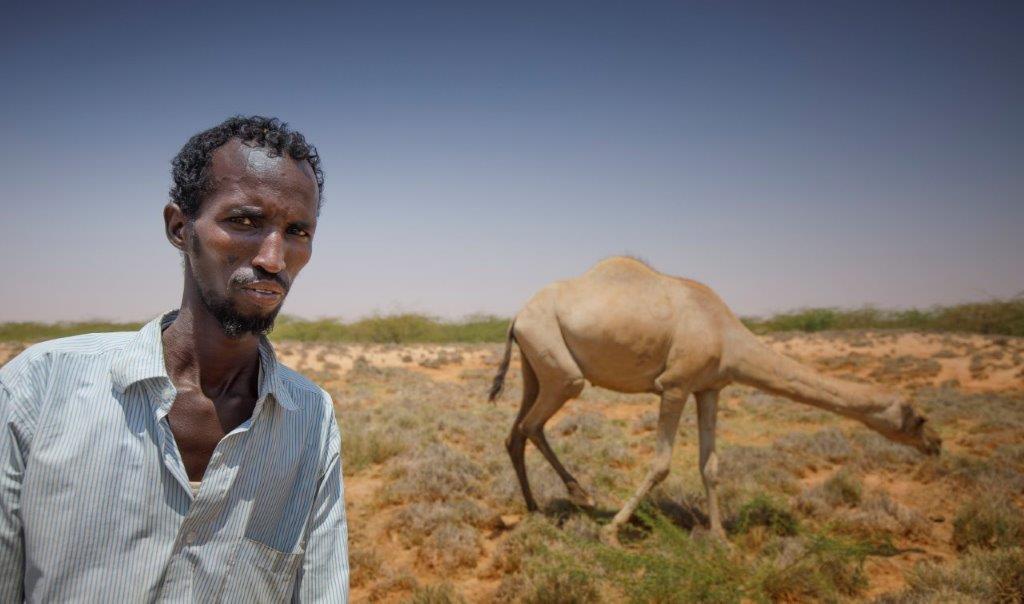 When it rains and the world turns green again, you can hear people here laughing and animals copulating. “Then we are free, then we milk every day. But the joy has disappeared from our lives. Now nobody is even going to visit his brother in a neighbouring kraal, we are stuck in a cycle of worry.” He apologizes – “I’m too tense to talk” – and walks away behind his animals.

Puntland is a relatively stable part of dangerous Somalia. The terrorist group Al Shabaab is mainly active in the south of the country, but the security situation in Puntland is so precarious that foreign visitors are not allowed to travel without a handful of bodyguards for their protection. 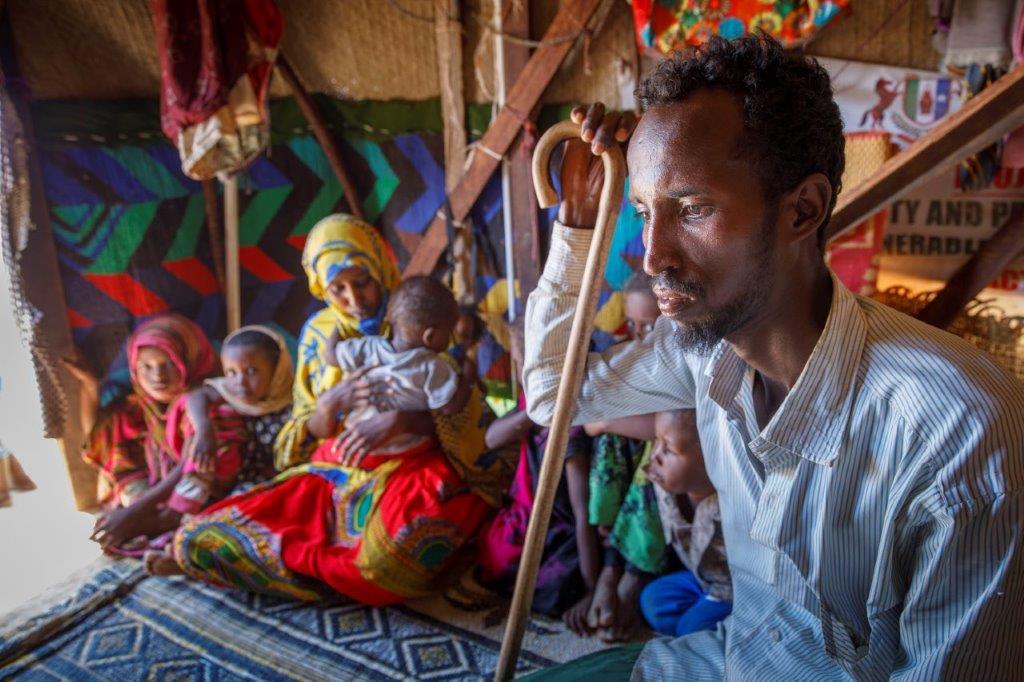 The cattle-exporting economy is in tatters and the local shilling has lost so much value through devaluation that the currency has been discontinued and replaced by the dollar. Inflation and high gasoline prices make it even more difficult for residents to survive.

Help is needed, but it isn’t coming. “Somalia always had drought and nothing will change that,” said Abdullahi Abdirahman Ahmed of the national aid organization Hadma in Garowe, “but climate change has left us in a permanent crisis. In the past, droughts struck every ten years, now every three years.”

Neither the central government in the federal capital Mogadishu nor that in the regional capital Garowe has any funds. “We depend on foreign donors, but they tell us that all funds go to the victims of the war in Ukraine. The Somalis will die and we have nothing to help them.” 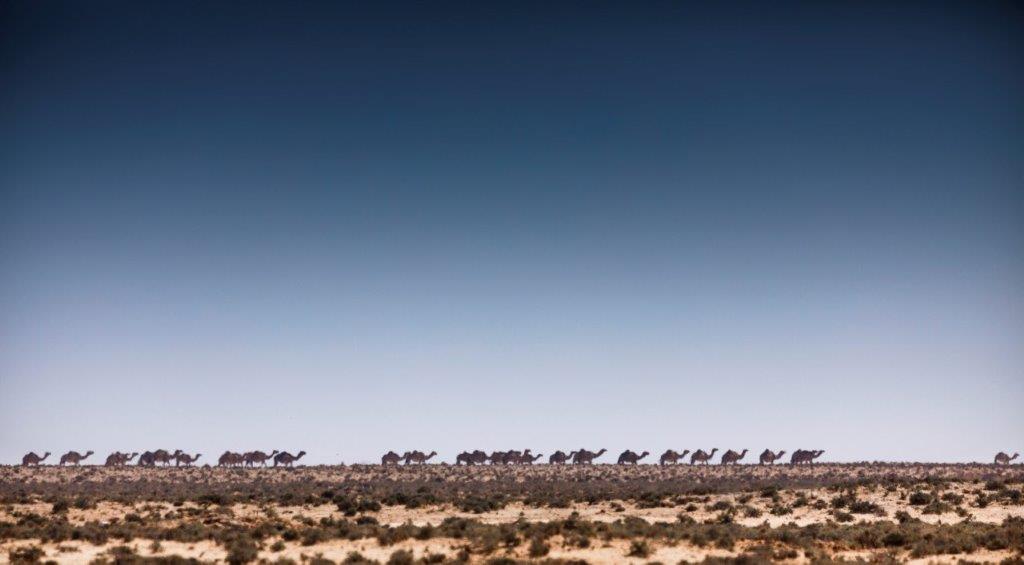 Sudan: “The more blood that flows, the stronger the spirit of the revolution will be”.   Sudan and her killed son Susan Nasir’s eyes have sunk deep into her sockets from prolonged crying. Mohamed Majid, her 17-year-old son, is one... The era of the cow has come to an end He was the toughest of the toughest. Yet the around thirty years old Lkipseina Lenawuosho has stopped living the harsh nomadic life, he has been... A Glimmer of Hope for Somalia Never was there so much optimism for a better future of Somalia. But the challenge is huge.... Once more thousands threatened by drought in Kenya In traffic this morning a mighty bull caught up with me. The throbbing cars were soon surrounded by skinny beasts, a long tongue licked salt...