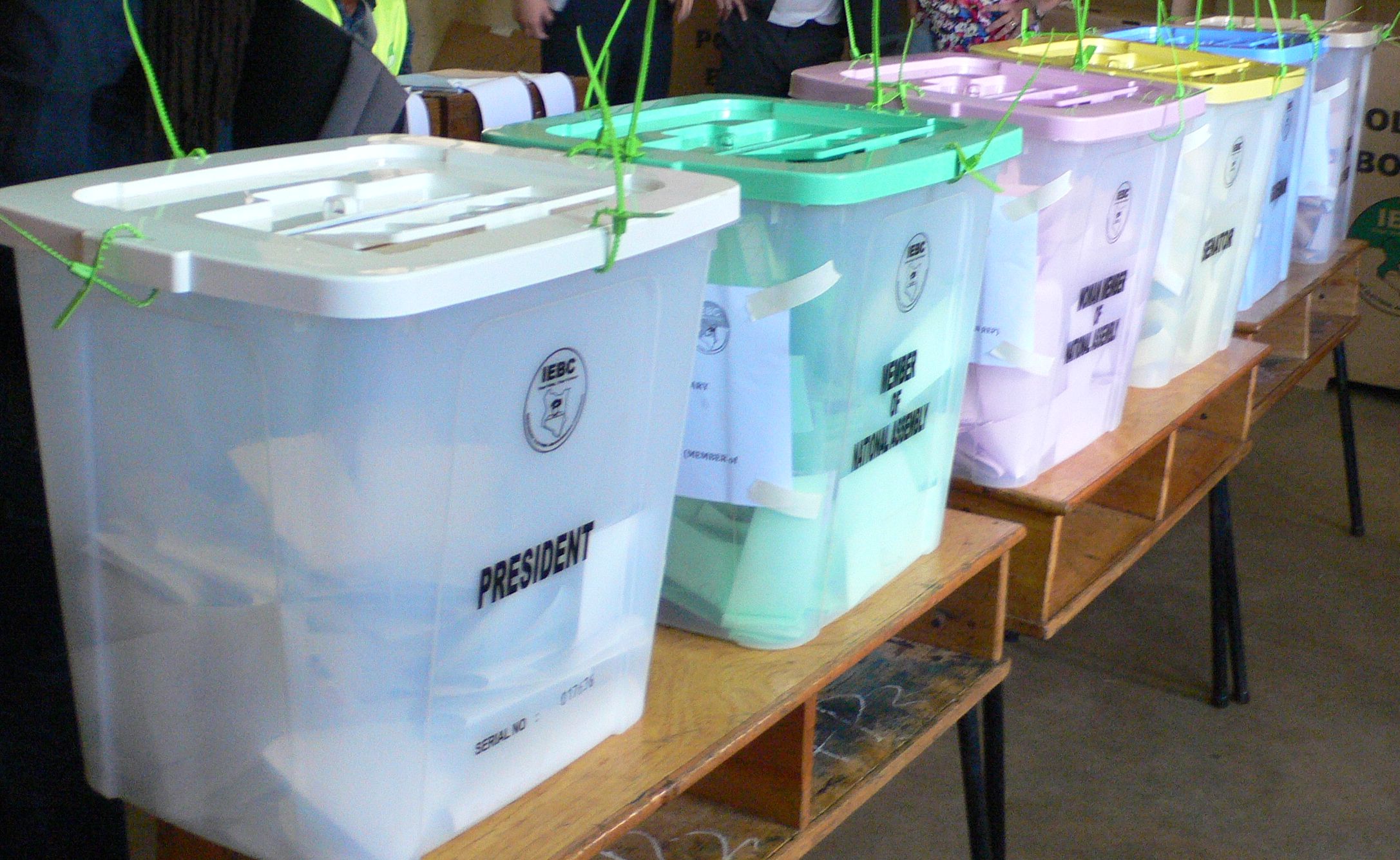 It appeared to be a relapse to 1966, the year in which the democracy in Uganda was given a farewell. The Ugandan army last week surrounded the parliament in Kampala to influence a debate about whether president Museveni, after having been in power for more than 31 years, would rule forever. The last time the people’s representatives were intimidated in such a shameless way was in 1966, when premier Milton Obote sent the army to parliament to enforce the adoption of a new constitution. Early this week skirmishes broke out in parliament, with chairs flying through the air.
In Kenya, in early September, the Supreme Court declared an election result null and void for the first time in African history. This remarkable decision was seen by many as a victory for democracy in Africa, because the judiciary has shown its independence of politicians. But since then, part of the Kenyan political class has done everything in its power to undermine the judges. “We will fix them”, president Kenyatta fulmined about the Supreme Court judges, who he called “thugs”. The opposition uses similar language. Raila Odinga called the president “a madman”. There is a danger now that Kenya will fall back to the days of chaos that followed the elections in late 2007. “Kenya stands on the edge of the precipice,” wrote the Star Thursday in a special editorial.

It does not look good for democracy in Africa.

Wait, maybe it’s better to start with other examples that give a more positive picture. In Togo in West Africa hundreds of thousands of protesters have been protesting for days against the fifty year-old family dynasty of President Fauri Gnassingbé. They are seeking a popular uprising, as in 2014 in Burkina Faso. Last year in Ghana a sitting president lost an election, a unique event. In Nigeria in 2015 also a democratic power transfer took place for the first time. In Gambia under pressure from countries in the region the dictator Yaya Jammeh had to quit. Particularly in West Africa, after decades of military management, a positive democratic trend has evolved

By the end of the Cold War in the early nineties Africans were fed up with the boring uniformity of the one-party state. First in French-speaking Africa, in Benin in 1989, and then in the English-speaking part in 1990 in Zambia, political revolutions led to the introduction of pluralism. Africa has become much freer in the last quarter century. A fearful look over the shoulders before one would talk in the bar is less needed, media reveal scandals and parliamentarians do check on their presidents and ministers. Although progress on the economic front does not have a similar positive impact on the quality of the political class, Africa is more modern and more articulate.
It is of course not about quantity but quality. Growing arrogant behavior of the clique around the president is turning Uganda into a fake democracy, and in Tanzania and Zambia similar autocratic leaders send their countries in the same direction, with more harassment of the opposition and more muzzling of the press and civic groups. In Congo president Kabila draws his country into abyss by simply not holding elections anymore. According to the American think tank Freedom House, the level of civil liberties has fallen worldwide over the last decade. Half of the countries with the biggest deterioration is African.
A consistent problem of Africa is that the power game is not based on political issues, but more on regional, religious or tribal matters. In that way, the winner takes all.

Nic Cheeseman is a professor of democracy at Birmingham University. In an essay in the Kenyan newspaper EastAfrican, he points to the political exclusion in Africa. “In many states, political exclusion has gone hand in hand with rising economic inequality. As a result the relative poverty – the gap between the rich and the poor- is growing”.

There are no indications that democracies in this regard do better than autocratic systems. “If anything, the reverse is true. Indeed, one of the most intriguing paradoxes of African democracy is that it is those countries that are most democratic that are most unequal. Botswana, Namibia and South Africa, three of the continent’s secure democracies, feature the highest levels of inequality in the world” writes Cheeseman
Thus, democracy does not necessarily lead to economic and social development for all. And that is where the dangers lie. The autocratic regimes in Rwanda and Ethiopia use this as an argument to always tighten their reins. If democracy remains the playground of the still small middle class and arrogant upper class, if democracy does not end the prevailing gross injustice on the continent, then democracy will lose credibility.
In 2007, I covered forged elections in Nigeria, everyone could see how ballots were stuffed with pre-filled ballot papers. In street interviews it seemed to me that the ordinary man could not care less. “That’s not our business, that is for politicians,” was the apathetic response.
In Kenya, on the other hand, everyone has a strong opinion about the decision by the Supreme Court to invalidate the elections due to organizational irregularities. The opposition leader Raila Odinga interprets it as a victory for the opposition, the supporters of president Kenyatta as a coup against the government. None of the two opinions are valid. But Kenians have got so politically overheated by democracy, with a passion as if it was a football game, that each day they are drifting further apart. That is a very high price to pay for countries still busy with nation building.

“What an irony that Ethiopia is now the last country in Africa to become democratic” – Eskinder Nega Eskinder Nega is tense. The Ethiopian journalist travels next week to meet his eleven-year-old son Nafkot in the United States after being in captivity in... When police start throwing stones When policemen become rioters. This picture in the Kenyan Standard of the 20th of November shows it all. On that day the Supreme court declined...