The pungent smell of raindrops in the dust after a long drought can make a Kenyan lyrical. There is a cacophony of mating sounds in the kraals of nomads where they live with their cattle. Sexually aroused donkeys keep the Samburu’s awake. It is raining heavily in Kenya; nature is reborn and every animal wants to reproduce. Six months ago, at the height of the drought crisis, three million Kenyans needed emergency aid.

Now birds chase after the fluttering termites. Fresh flowers smells on the wet earth. Children glide through the mud on their bare buttocks and try to catch the birds. “The world is laughing again”, says the young shepherd Lengai. “With drought, nature is silent, you cannot even hear goats and sheep from a distance anymore. Now they run and jump. Everyone is happy”. 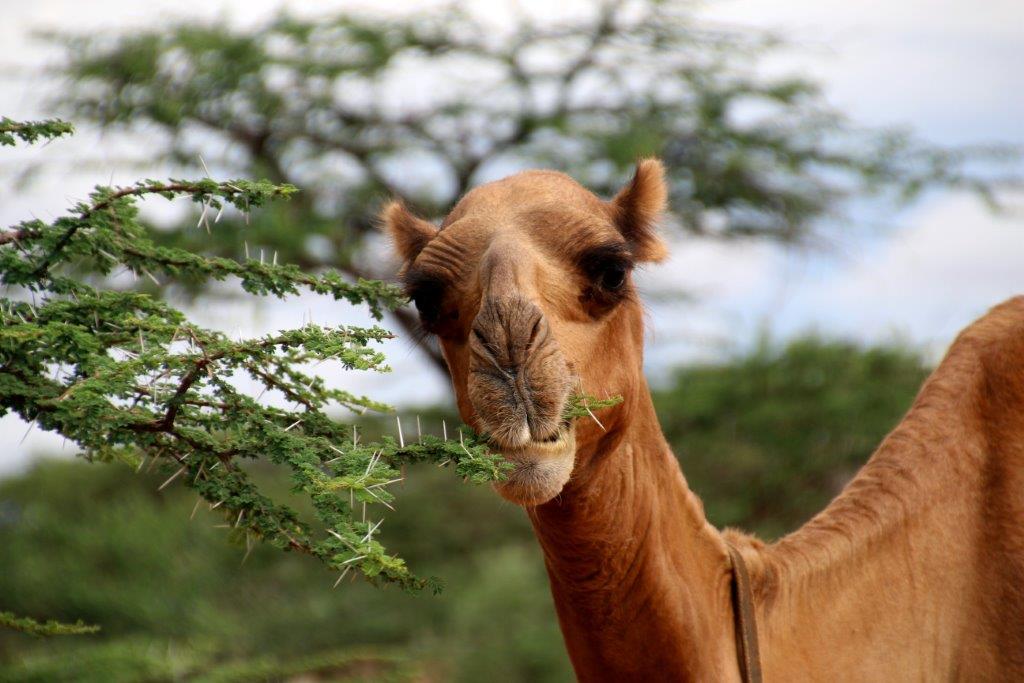 For months nature on the savannah was in stand-by mode. With the earth pulverized, the top layer raged through the air like dust clouds. The landscape changed from green to yellow to grey. Except for a single goat and the few old people who stayed behind, the young Samburu warriors left with their cattle in search for the last pieces of grass, sometimes hundreds of miles away. Now they meet their relatives again for the first time in a year. They sing erotic songs about girls and talk about starting a family. In the times of drought, marriage is out of the question. On the way from the lowlands to the highlands, a lorry that has been overturned by raging water lies in a riverbed. Hundreds of miles further on in agriculturally fertile areas, Tony makes a rain dance with his friend. “What a relief, I do not have to get up every morning at 4 o’clock to get water from the river”, he smiles. His friend turns mischievously with his hips. “I feel that I want sex,” he giggles. With mud stuck to their boots, women and children with spades on their shoulders walk to the fields while frogs are quacking.

The mud here holds even the strongest off-road vehicles. Yet for months the ground cracked under our feet with dead leaves protecting the loosening earth from devilish winds. Until all the bushes had shrivelled, the forest turned into a collection of poles, the few remaining leaves hanging vertically downwards, towards a concrete soil like cement. Without the clapping of the crickets, it was dead quiet in the evening.

Rain is liberating. Once again escaped from starvation. Climate change makes life more difficult. Where a nomad used to know almost exactly in which week the rainy season would start, now the unpredictable weather constantly gives surprises. Thousands of cows died in the sandy northern part of Kenya in the last few months. In search of grass thousands of nomadic warriors in the Laikipia region drove their cattle through the fences of the large-scale farms, which led to battle with the deployed army. In the Turkana district, thousands of nomads and their livestock got stranded on vegetable gardens set up by relief workers, the space has simply become too small for their age-old lifestyle. 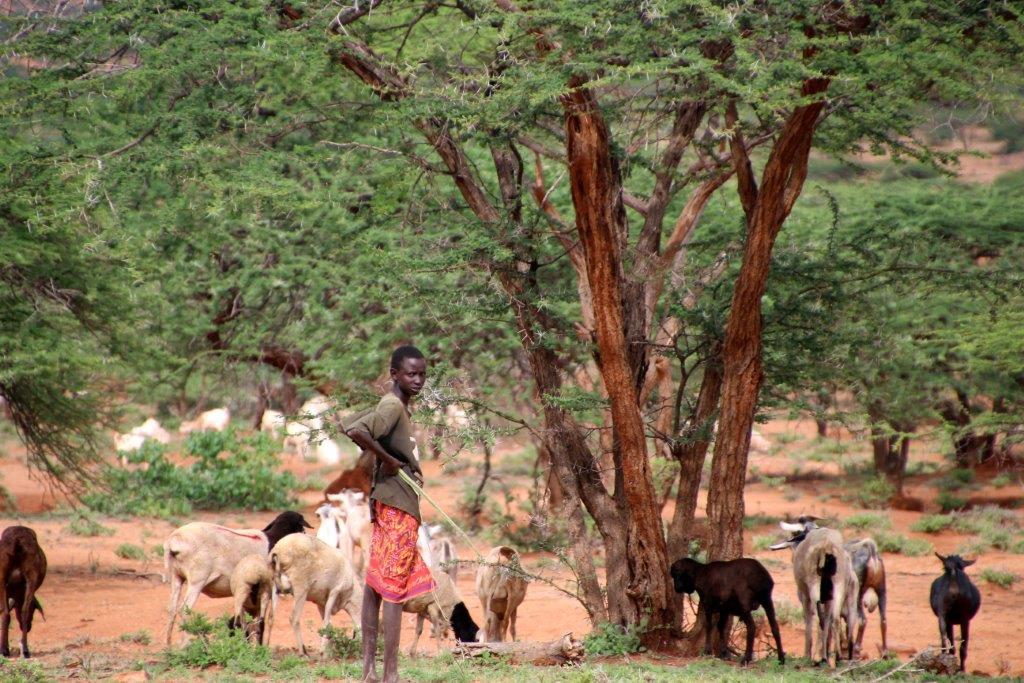 On the way to Nairobi the trails of plastic waste along the motorways have disappeared, overgrown with lush greenery. Cities suffer from the erratic climate too. In the capital Nairobi, the drinking water was rationed a year ago. If people have to spend days, weeks without water, you will notice the unpleasant body odours on the streets and in the shops. Washing becomes a luxury, putting on clean clothes is a highlight to look forward to.

But now that crisis is over. The filthy black skies is the most beautiful news from Kenya this year.

This article first appeared in NRC Handelsblad on 15-11-2017

God has lost the key to make rain in Turkana A dark cloud emerges above the cruel landscape of sand, stones, rocks and thorny bushes. On the plains as dry as cardboard live the last... Once more thousands threatened by drought in Kenya In traffic this morning a mighty bull caught up with me. The throbbing cars were soon surrounded by skinny beasts, a long tongue licked salt...