Violent memories rage in their heads, as if possessed by demons. Every night Amina, a young woman, falls into a deep hole. Because two years ago she saw the way her father was beheaded by Boko Haram. She ran away, dragging the headless body and her baby on her back. But in her panic, she fell into a deep pit and lost the child. When she later found it, it was dead. “I cry and I pray. What have I done”, says the young woman.
The psychological trauma of brutal conflict in Africa is huge, but international aid organizations usually do not pay much attention. However in Nigeria that is different, thanks to a special Nigerian woman, Fatima Akilu. She founded the Neem Foundation last year and together with twenty psychologists she attempts to fight trauma caused by the war. “It’s a drop in an ocean, because there are hundreds of thousands with memories of atrocities,” she says.
They are sitting on an orange mat in an unfinished house in Maiduguri, Borno’s capital, the Nigerian state ravaged for eight years by Boko Haram. The groups terrorizes civilians and commits both huge material and mental damage.

The next victim of trauma tells her story, Haruna, a middle-aged woman. Her husband was beheaded, during her trek through the bush she lost her children and now cares for the orphans of her deceased sister. For her Boko Haram is like the devil. “I don’t want the see the motorbikes anymore which they used to attack our village, I don’t want to see the faces of Boko Haram, I want to have them removed from my head”.
Fatima Akilu takes the floor. “You are doing even more damage to yourselves, you think too much,” she says. “You want to run away or hide. I see you pain and fear. Against this pain, no medicine can be used. But this is just our first trauma session. We will teach you how to laugh again.” The women staring at the cement floor murmur, which sounds like a hesitant endorsement.
A little further on in a blue tent, at the edge of Maiduguri, a group of men and women undergoes their last trauma session. They chat animatedly. “We’ll be strong again,” says a man. “Yes, we must look ahead”, agrees the whole group. “I blamed myself for what Boko Haram did to my family, that I could not do anything about it. Here I learned that it was God’s will and not my fault.” Akilu closes the meeting. “You are now cleaning your mind of bad thoughts. Because even if you cry for ten years, your families will never return.”
Akilu initially wanted to be a novelist. She wrote some educational children’s books, but her vocation was to be a psychologist. While her husband lectured at a university in London, she worked with homeless people. She then followed her husband to America, studying psychology and working in a youth prison among gang members. “The reason why young people join Boko Haram is not much different from why young people go to gangs in America,” she says. “You get an identity by belonging to a group. The feeling that you do something more than for yourself, gives you a goal in life.”
Back in Nigeria, Akilu could not find a job “because no one understood what psychology was”. This was until 2012, when a high-ranking soldier asked for he help in the fight against Boko Haram. She started a de-radicalization program among ex-fighters in prisons. “Many are forcefully recruited and very depressed. They hardly have any religious knowledge. Religion was a means for them, not a purpose. They especially want to conquer power and think they can take over all of Nigeria,” she says.
The psychologists of her Neem Foundation were the first to seek psychological contact with ex-Boko Haram fighters. They showed them smartphones, a relic of modern times, and other pleasures denied by the Islamic fundamentalist terrorist group. The ex-fighters returned to school and played football, or did manual work.
Akilu achieved striking results with a prominent imam, a close adviser to former leader Mohamed Yusuf of Boko Haram. “After the sessions he was released unexpectedly from prison and then asked me if I could send him to a primary school. He was forty years and had been leading Boko Haram’s resistance to Western education. He said, ‘I am now enlightened.’ When you involve yourself with the warriors you can achieve a lot “.

Boko Haram has become Nigeria’s collective trauma. Not only perpetrators and victims struggle with psychological problems, also government soldiers. “When the soldiers see a citizen, they immediately have mistrust that he or she belongs to Boko Haram. That too is the result of the terror”. And victims can be become perpetrators as well. In particular, the young women who were forcefully married to warriors remain loyal supporters, one of them tried to kill her father three times after returning home. “All need complicated psychological intervention,” says Akilu. “If they return to society untreated, then the problem will resurface another day. Because Boko Haram is everywhere.” 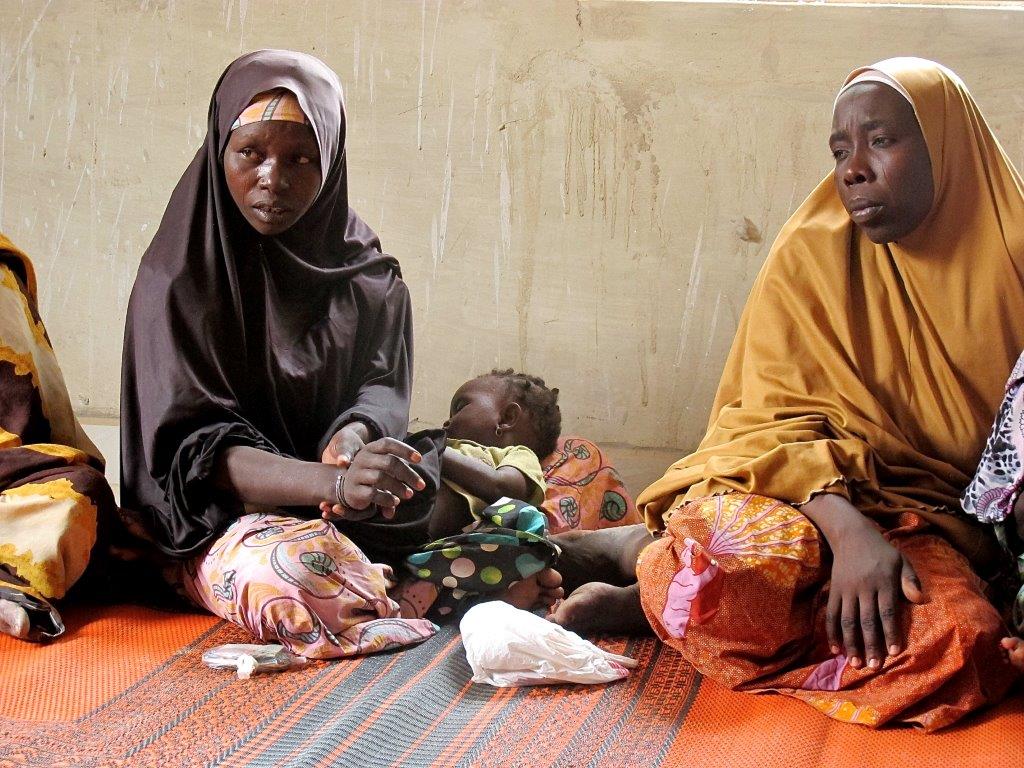 The child captives of Boko Haram: “Suddenly we were all alone” We agreed to meet at the zoo in Maiduguri. There, the two girls aged nine and seventeen and the thirteen-year-old boy feel comfortable talking about... New tactics of Nigerian army drives Boko Haram away but keeps the population hostage The helicopter lands on a field that is littered with bullets. We have arrived in Gwoza, an area in northeastern Nigeria where only military vehicles... Boko Haram: The root cause of the conflict is ideological The violence by Boko Haram in Nigeria has become endemic. The Nigerian military does not seem to have the capacity to defeat the terror band.... Deep rooted historic schism fuels the fighting in South Sudan Monday 18th of July: After the serious fighting that took place around the fifth independence anniversary of South Sudan on the 9th of July some...