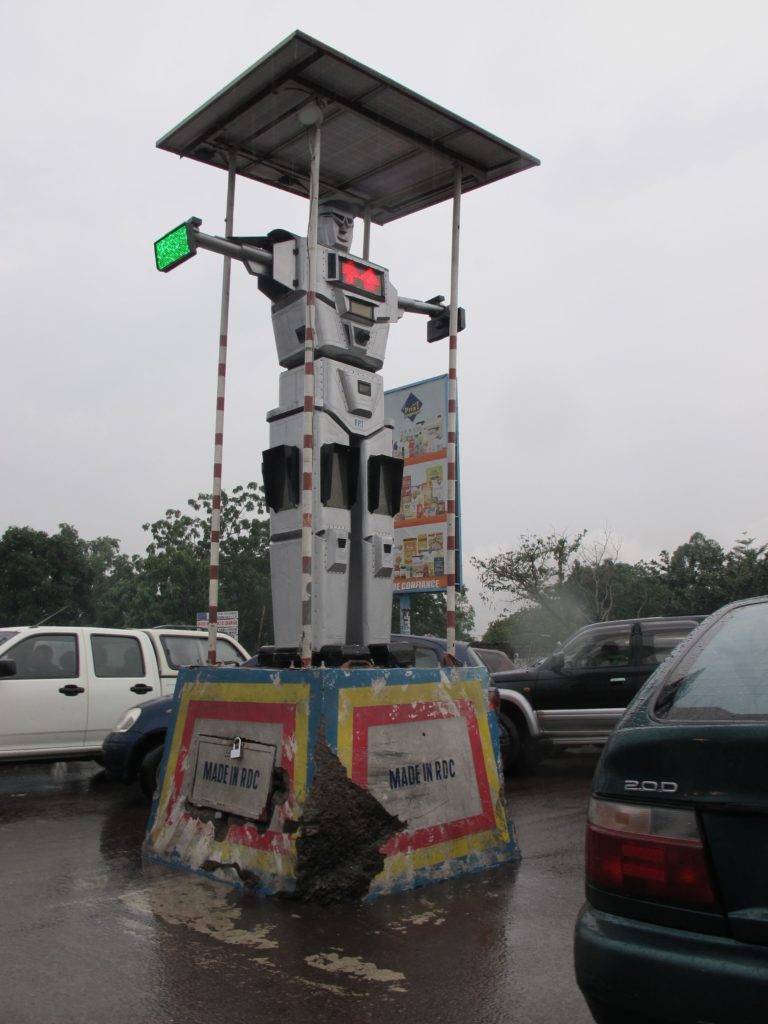 The Botswana diplomat politely presents his passport at Kinshasa airport. He is startled when the customs official slaps it down on the desk with a bang. “That is a false visa. Come with me to the police.” Forged visas are indeed issued by corrupt employees working at Congolese embassies in Africa. But the distinguished diplomat, who is in Kinshasa to do some training, is merely a victim of bad luck: the date on his perfectly-legal visa is incorrect. Welcome to Kinshasa, probably the most intimidating capital on the continent.

The chaos starts outside the airport – sometimes it is the kind of friendly disorder that characterizes any informal society, sometimes it is cruel, planned disorganization, which leaders use to stay on top. On the wide main road to the city of 12 million people, honking cars swerve wildly into the path of oncoming traffic to avoid the snarl-ups. The police do nothing, focusing instead on beating up a driver who refused to pay a bribe.

Order is alien to the Congo. That is not surprising when 80 percent of the population play no part in the formal economy, and officials and security forces either receive no salary or get it months behind schedule. Honesty is not rewarded. During his long reign, the kleptocratic president Mobutu told his citizens: “Steal, but do not steal too much.” In short: take care of yourself. A general may appropriate his soldiers’ wages and use the money to start an airline and a football club, leaving his hungry soldiers free to loot and rape.

In the eight days I spent in the Congolese capital, crooks try to rob me twice and policemen tried three times. The policemen force open my car doors and start grabbing the luggage. After paying fifty euros I am allowed to go. The next day, at the same place, the same officers try the same thing. “Oh, we’ve already had you yesterday,” they say cheerfully. “You can drive on.” That’s the friendly side of Kinshasa.

The political impasse that has arisen since president Joseph Kabila refuses to resign, although his mandate expired on December 19, has increased the chaos. Congo unravels before one’s eyes.

Towards the end of the Mobutu era, in 1996, his exhausted soldiers with red eyes walked through the streets, waving their rocket launchers. Ten years later, after fighting around a cemetery, between forces of Kabila and his rival vice president Jean-Pierre Bemba, Bemba’s supporters put their pants down to humiliate the police by showing their penises, shrunken with shock. In recent weeks adherents of various religious sects are claiming responsibilities for attacks, in Kananga region they briefly conquered an airport. And a dispute between Pygmies and other tribes over the price of roasted termites – a valued foodstuff in Congo – led to dozens of deaths.

But obviously, there is another, more pleasant side to the country. Congolese can be as light-hearted as their cheerful music. A mother sets out some plastic chairs in the street, blows on the fire simmering under a large pot of cassava leaves, while her son plays a merry tune on a guitar and his younger brother brings happy customers bottles of beer. The Argentine revolutionary Che Guevara, who in 1964 fought with the then rebels in eastern Congo, turned away from the country, disappointed because “the Congolese love beer more than revolution.” Since 1996, the stiff Paul Kagame, president of neighboring Rwanda, took a bite out of Congo with a series of military invasions and concluded that the Congolese “can ONLY dance the Ndombolo “, a super sensual dance.

Can robots bring order where humans fail? At six intersections clunky, cartoon-likecreatures withsunglasses on their aluminum noses flash red and green lights. They issue warnings to pedestrians via speakers. They are called Tamoke and are a Congolese invention, only seen in Kinshasa. In the nineties, Congo was one of the first countries to introduce mobile phones, because the landline system had all but collapsed. It is innovating once again. “At least robots don’t ask for bribes,” jokes a motorist. Not that anyone follow the commandments of Tamoke. And why would you, in Congo? 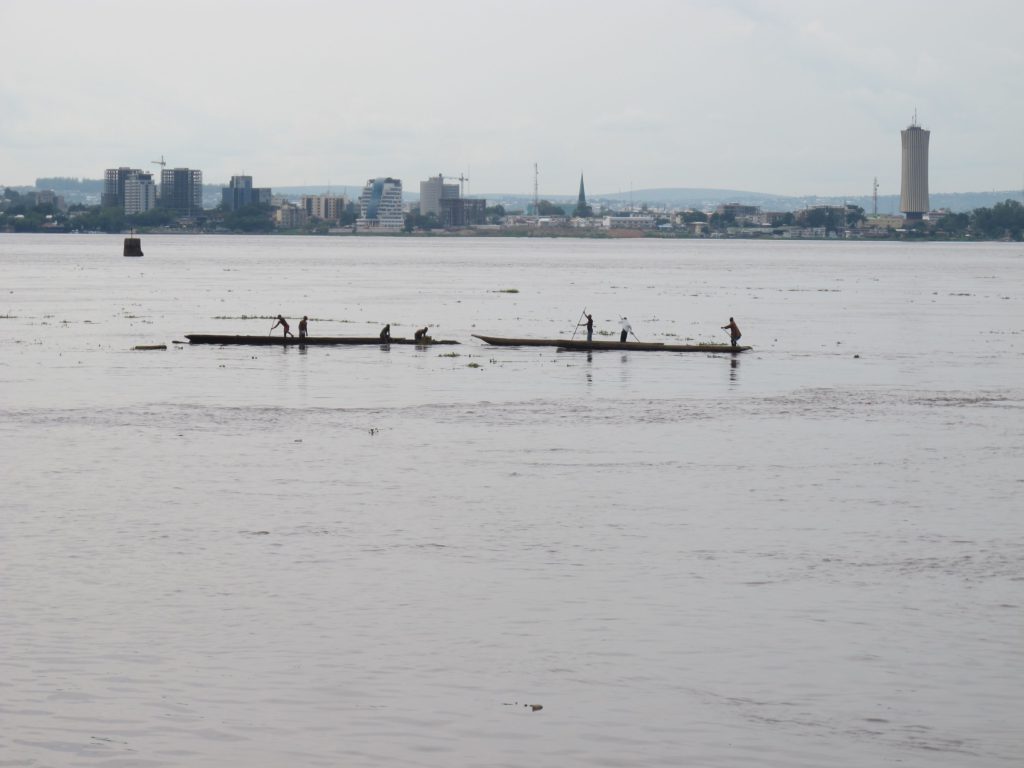 This article first appeared in NRC Handelsblad on 27-12-2016

The pearls in the mud of Congo Filimbi and Lucha are the Pearls inof the Congolese mud...