Immediately upon arrival in the South Sudanese capital Juba, the sight of white relief workers is overwhelming. At the airport there are long rows of white-painted aid aircrafts and helicopters, from the United Nations, the Red Cross and Doctors Without Borders. In the city one gets stuck in traffic jams of four-wheel-drive vehicles owned by foreign aid workers. The aid industry has taken over South Sudan, it organizes air transport, arranges tasks for ministries and keeps the economy running.
Such aid dependency increasingly irritates African governments, this is in strong states like Rwanda and Eritrea as well as in ‘failed’ states such as Congo and South Sudan. This has been the case for years, but since the turn of the century, Africa has seen remarkably high economic growth and increasing political stability. That is why governments have become more assertive. The painful dependency on the one hand and self-confidence on the other creates tension.
African countries increasingly consider the presence of foreign aid groups and the UN as an unwanted interference. Foreign aid is in danger and becomes a political toy. 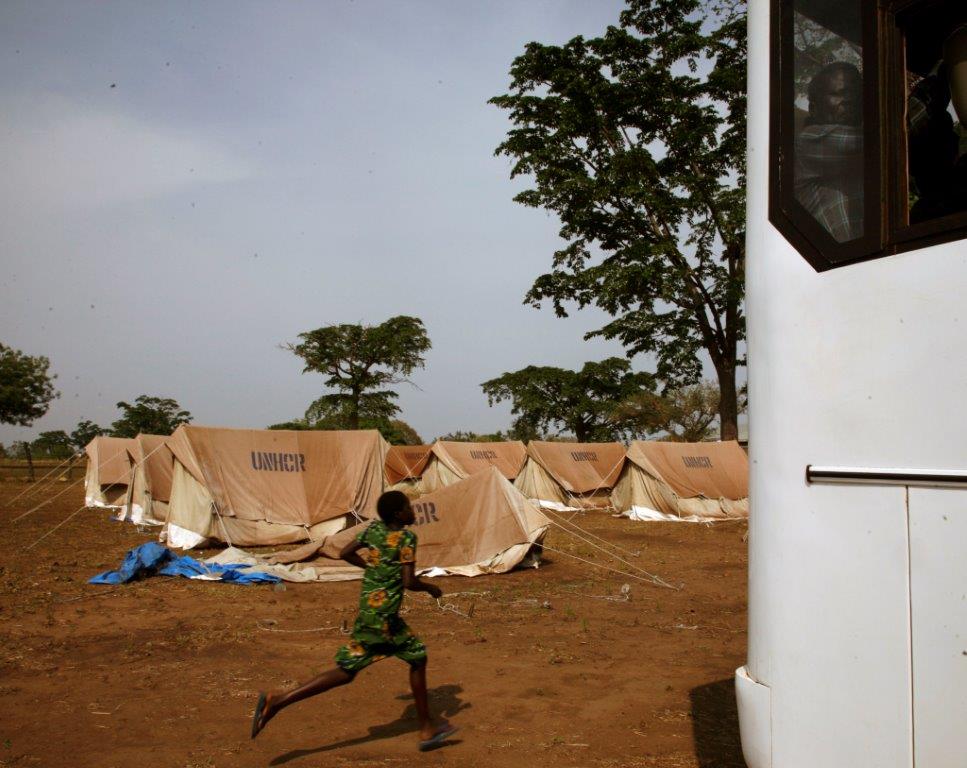 The trend became clear in early April at an international donor conference for Congo Kinshasa in Geneva. Concerned Western countries and the UN raised millions of dollars for millions of destitute Congolese, but the conference itself was boycotted by the Congolese government. The government in Kinshasa likes to paint a rosy picture of the country as fertile and resource-rich for foreign investors, and there is no space in that picture for good Samaritans from abroad feeding malnourished children.

The Congolese government even threatened the Netherlands with consequences if the Dutch government would send a delegation to the meeting. The Ministry of Foreign Affairs did not respond to the threat. “Humanitarian aid should never become a political play ball”, responded the government in The Hague. “The aid to so many people in need comes first”.
According to the Congolese Minister for Foreign Affairs, Léonard She Okitundu, his government is not against foreign aid. “That is a misunderstanding,” he told the radio station Okapi the day after the conference. “We want that help to be better channeled. The Congolese aid organizations are being discredited by the UN and the donor countries, which think that we, the Congolese, can not do it ourselves. ”
Some countries do it themselves. The city of Maiduguri, in the north-east of Nigeria ravaged by the Boko Haram terror group, is the center of one of the most violent uprisings in recent African history. Yet, when you land, you do not see the usual signs of a humanitarian disaster, namely the presence of a lot of white people. In Nigeria, the control over the tens of thousands of victims is in the hands of the government, not the predominantly Western aid industry.

Africa resists patronizing by the white strongholds of Europe and America and put limits on their foreign benefactors. This is what several Western aid organizations see happening.

“We are seeing it more and more,” says the head of an international medical aid group. “Countries with strong governments such as Nigeria, Ethiopia and also India argue: we are working on building our country and we have no interest in being high on the world list of humanitarian needs.”
In Congo, the foreign presence still dominates in all areas. It is mainly NGO’s that do alleviate humanitarian needs, the presence of a UN peacekeeping force gives stability and the mining sector has been lent out to China and to foreigners with dubious reputation. Although this usually suits the kleptocratic political class, it also provokes resentment.
“Have they ever eliminated an armed group,” Congolese President Joseph Kabila recently asked rhetorically about the 16,000 military peacekeepers of Monusco. And the neighboring countries of Uganda and Rwanda have also denounced the presence of the UN peacekeeping force. According to President Museveni of Uganda, Monusco “protected terrorism” in Congo, according to Paul Kagame (Rwanda), Monusco sometimes increased the insecurity. 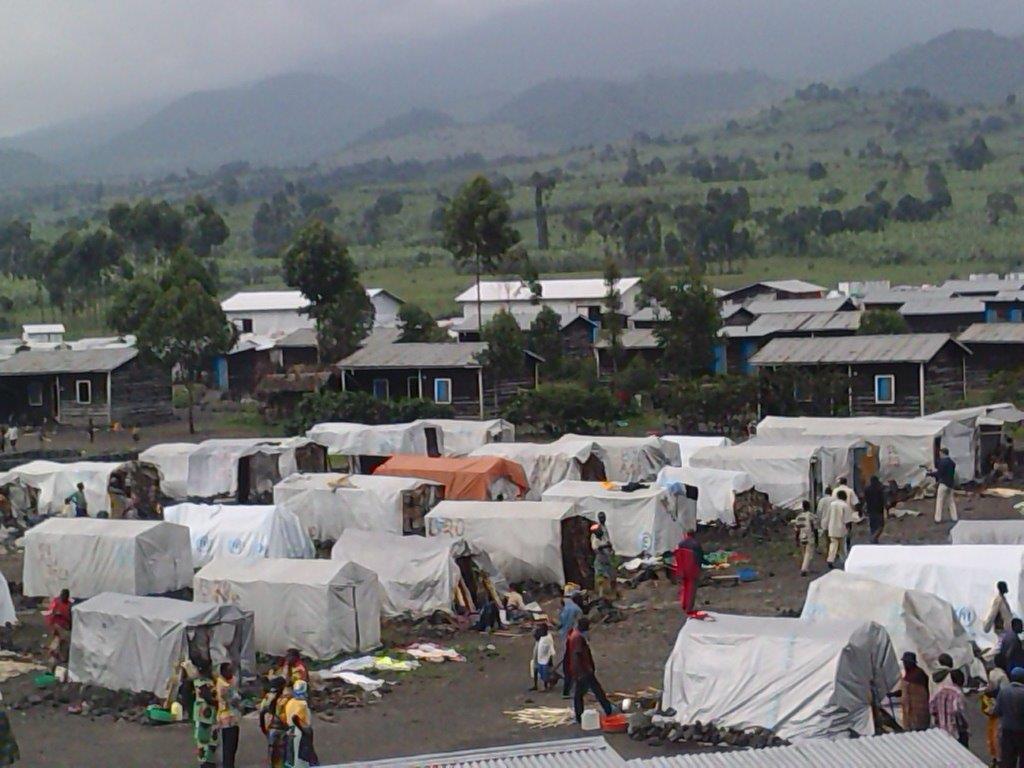 The decisiveness of Monusco can do with some improvements, few people do doubt that. But if the UN would not have been massively present in Congo, the country would probably have been in even bigger chaos by now. “The government itself does far too little,” says a UN employee working in one of the conflict areas in the Congo. “The government itself does not search for political solutions and hopes that we will solve it militarily. This is how the United Nations is trudging along in the Congo. Another problem is that the UN must support the government. But that government actually wants us out and finds itself further and further away from its people.”

The foreign aid workers are partly caught in their own passion and enthusiasm. Moreover, they do not want to lose their jobs. They can do little more than give in to this extortion when governments express a low opinion about them, demand a higher price for work permits or levy high taxes on aid goods.

“Recently, the government of South Sudan tried to increase the registration costs for aid groups by a 1000 percent,” says an employee from an international Christian aid group. “When we protested, government officials told us: ‘Aid is good business for you and that is why you will not leave anyway’. They were right. We will not leave. In this way aid becomes a political ploy.”

The new assertive attitude of African countries has consequences for foreign aid in emergency situations. But also for the much more sensitive political influencing. The West provides funds to African NGO’s that propagate human rights, work on reforming the judiciary, and groups that check on corruption and advocate for gay rights.

“More and more governments reject such aid as interference and only allow these foreign NGO’s in selectively or not at all. In several countries, laws have been passed to ban foreign pressure groups or their donations to their African counterparts,” says a senior aid worker. That means: No more educational counseling about how to vote freely, how to make a free choice. No more assistance to make farmers aware of their rights, no support for homosexuals who come out of the closet and stand up for their rights. This happens in Ethiopia, Uganda, also in Kenya and in many other African countries.

Africa is turning more and more to the East. Europe must sing a little lower. Gone is the time when a European minister of development aid threatens to withdraw a couple of million dollars in aid because of human rights violations. The time when Western views about human rights and democracy were swallowed indiscriminately is over. Nowadays a European minister does not even receive the elaborate diplomatic fanfare at the airport as he/she once did. And a visit to the president does not come automatically either.

The prolific activist against corruption John Githongo has been working in Kenya for many years in pressure groups supported by Western donors. “The West has been blindsided geopolitically in Africa by China, Russia, Turkey, India, Iran etc. The USA under Trump has retreated”, says Githongo. “True, African countries are far more confident now. The West backtracked on their commitment to the issues Africans care about, such as human rights, anti-corruption, good governance among others. That is very said indeed”. This article first appeared in NRC Handelsbald on 20-4-2018

UK and US must play more consistent hand to end world’s worst war Economically growing Africa attracks foreing investors. But how can Africa prosper when it's heart is at war with itself. Why do US and UK not...