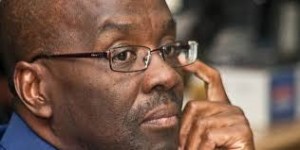 According to Kenya’s chief justice, Willy Mutunga, the country’s citizens are at war with mafia-style cartels run by political bosses and corrupt businesspeople. He says that Kenya harbours mafia-style criminals similar to Al Capone’s mob in 1920s America, and that this “cartel collects millions every day”.

In a recent interview with Dutch newspaper, NRC Handelsblad, the respected Mutunga claims that corruption stretches from the very bottom to the very top of society. He says, for instance, that a Kenyan policeman who extorts a bribe from a motorist must share the booty with the head of the local station, who in turn shares the money with superiors possibly all the way up to police chiefs in Nairobi. Larger cartels, he explains, make money through trafficking illegal migrants, counterfeit money, weapons, drugs and consumer goods.

Mutunga, 69, has been nicknamed ‘the Robin Hood of the Kenyan judiciary’. The son of a tailor, he rose up the system through talent and sheer determination. Previously a left-wing academic, he stood up against the dictatorship of President Daniel arap Moi, leading to Mutunga’s dismissal from the university and a prison sentence in 1982. After the end of Kenya’s one-party state in 1991, Mutunga became president of the Law Society of Kenya and chair of the Kenyan Human Rights Commission. After the election violence of 2007/8, which claimed more than a thousand casualties, Kenyans demanded fundamental reforms. Mutunga was made Chief Justice and President of the Supreme Court and was tasked with reorganising the judiciary. The heads of corrupt judges began to roll.

Nevertheless, Mutunga claims corruption in Kenya has never been worse than today.

“The influence of the cartels is overwhelming,” he says. “They are doing illegal business with politicians. If we do not fight the cartels, we become their slaves. But leaders who do take on the cartels must be prepared to be killed or exiled.”

Mutunga is averse to the pomp, wealth and self-regard that is the hallmark of many Kenyan politicians. His defence of gay rights and an ornamental stud in his earlobe meanwhile have caused some political turbulence. “We do not want a Chief Justice with a decorative button to communicate with unseen spirits,” quipped Deputy President William Ruto some years back.

Despite now being a member of the establishment, however, Mutunga doesn’t hesitate to criticise the government and parliament. “Yes, I am now at the top. I’m riding a tiger, hoping that the monster will not devour me,” he says. “But as long as I fight the cartels and they are protected, you cannot achieve anything. You are taking these people into a corrupt investigating system, through a corrupt anti-corruption system, and a corrupt judiciary.”

“If our constitution and the clause Chapter 6 about corruption were being implemented, I am sure 80% of [politicians] would not be suitable for political leadership,” he adds.

Shadows versus the state

According to Mutunga, weak state structures in African countries create space for criminal networks to operate, especially when these groups operate along ethnic loyalties. Cartels collaborate with politicians and military leaders, gaining huge influence and sometimes overshadowing the government itself.

The Chief Justice brings up the example of the $3.8 billion railway construction contract the government signed with a Chinese state enterprise in which the bid was limited to that single company.

“We should have divided it up with different companies so that our interests would be paramount. Now we deal only with the Chinese,” he says, before going on to explain why the bidding process might have kept so restricted.

“The deal we have is based on commission. Guys are saying: we just had expensive elections where we spent 10 billion Kenya Shillings ($100m). We have to get it from somewhere. Or we have to think about the election in 2017 and we need a war chest. So you have all that stealing. We have become a bandit economy. Africa after 50 years of independence, after looting of resources, has become stuck. Inequality is also stuck”.

Are these powerful cartels going to challenge the state itself?

“What happens now in Kenya with corruption has become a very serious war between cartels. Whenever there is a change of government, some cartels benefit and others lose out. And those that lose out don’t go out quietly. And that is where the judiciary comes in, because the losers come to court and say: ‘under the constitution, this tender for the railroad did not have public participation, it was single sourcing, it was corrupt’.”

Mutunga gives another example. The Kenyan army has been combating the Islamist militant group al-Shabaab in southern Somalia since 2011. And this fight is not without its individual winners. A smuggling ring controls the Somali port city of Kismayo according to a UN report, and a recent publication by Journalists for Justice reveals that under the protection of the Kenyan army, traders (some with links to al-Shabaab) smuggle all kinds of Asian electronics, sugar, food and drugs into Kenya. The scam reportedly yields between one and two million dollars every month. “When a racket as in Kismayo prevails, what is the role of the state?” asks Mutunga.

Have these shadow networks even taken over state power in some countries?

“That debate has been raging for some time in Africa. In Mali, the government lost its control. Boko Haram in Nigeria and al-Shabaab in Somalia have taken over large portions of the state. There, the state lost its legitimacy. In Kenya, we almost got to it with Mungiki [a violent Kikuyu secret society]. They started policing slum areas and bus routes, taxing people in return for security. They were allowed that by the state, particularly the Kikuyu elite. When there was a fallout, the state went after them and literally killed them. They were hunted down like rats, because they were all known.”

And now we fight it out

Mutunga hopes for a new generation of politicians which can take on and fight the cartels.

“The connection between cartels and politicians must be broken,” he says. “The newly-elected Nigerian President Muhammadu Buhari gives me hope. He must fight against many cartels, like the oil cartel. The status quo is deeply rooted. But there comes a time when the leaders have to say ‘And now we fight it out’.”

In Kenya, President Uhuru Kenyatta has recently been making noises that he is prepared to take up this struggle too, and Mutunga suggests that the 2017 elections “may well be fought on issues of corruption and jurisprudence”.

However, with many in Kenya yet to be convinced by Kenyatta’s speeches about tackling corruption, is the president sincere?

“I can tell you that whenever President Uhuru talks about cartels he is angry, maybe because the cartels are messing up his political programme or that he genuinely wants to dismantle them,” says Mutunga. “I see he is serious”.

It also featured on African arguments, website of the Royal African society