Peter Kamau (30) squats in the muddy roadside near the village of Kaharati and searches for an errand, for an opportunity to unload bunches of bananas from a truck, carry grass or grit, or a traveler’s luggage. He is a hustler, one of hundreds of thousands of unemployed among Kenya’s aspiring youth whose vote politicians are vying for in the election on the 9th of August.

Today he hopes for a titbit from one of the candidates who throw with banknotes. “There hasn’t been a party here to hand out money yet, so I don’t know who I’m voting for yet,” he laughs. His friend N’gang’a nudges him and says: “Come on man, William Ruto should be president, he used to sell chickens on the road. He was a hustler like us, and he does not belong to one of Kenya’s ruling families, like his rival Raila Odinga.”

In a grim social climate, Kenya, a nation of 55 million people, is going to the polls. It has the most open society in eastern Africa but suffers from rampant corruption and deep inequality everywhere. The official unemployment rate among the 18- to 34-year-olds is nearly 40 percent and the economy does not create enough jobs to accommodate the 800,000 young people who take up employment each year. The share of young people between the ages of 18 and 34 in Kenya is a quarter, and those under the age of 15 make up 43 percent of the total population. A time bomb. In such circumstances, Ruto’s populist narrative – aimed at poor young people and against the dynasties – does well, although he belongs to the very wealthy. 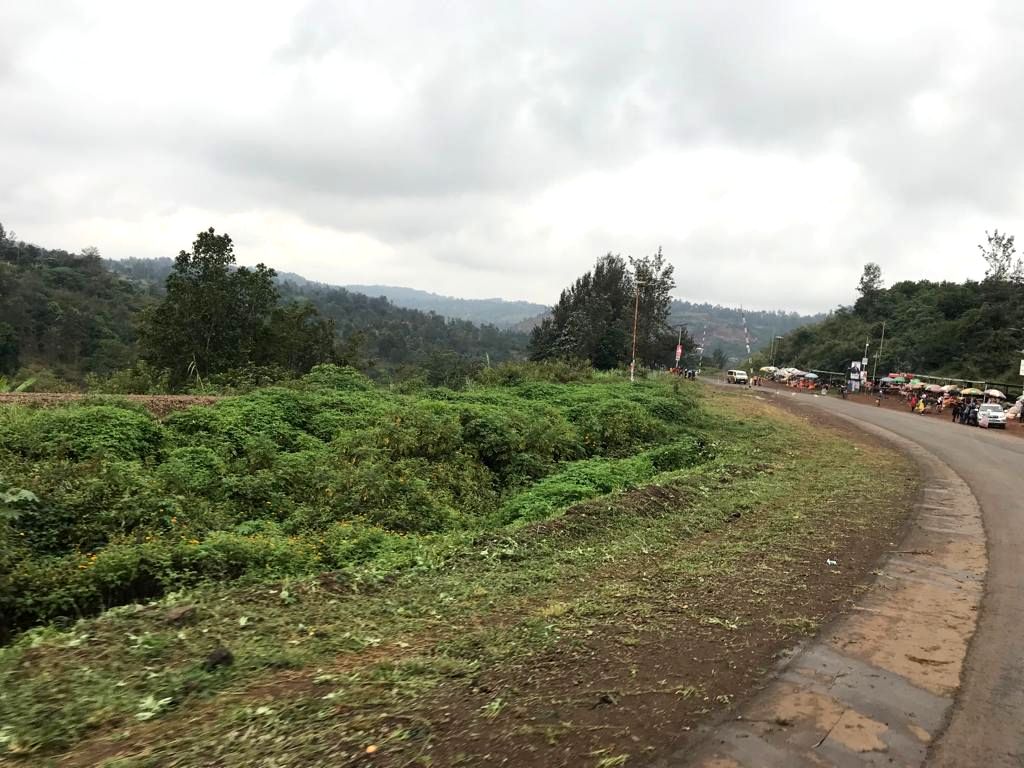 The fertile highlands around Kaharati, home of the Kikuyu people, are among the most developed agricultural areas in Kenya with the large market of the capital Nairobi nearby. The first white missionaries had established their schools here at the beginning of the last century, the inhabitants had quickly given up their old habits and taken off their traditional clothes; in the misty green hills young women walk with colored hair, the elderly are dressed in long English tweeds up to the ankles and with flowery headscarves, young men wear rasta hair and the elderly old-fashioned felt hats.

The area although modernized is far from being rid of poverty. The economic crisis caused by corona and the war in Ukraine led to sharp price increases and despair among the poor.

In front of her food kiosk, Esther Wambui stares into the distance. “Ai ai ai”, the customers complain when they hear her prices. “They don’t buy anything anymore, even a piece of chewing gum has become unaffordable,” she grumbles. “The politicians of the dynasties always shift the effect of the crisis on us. That is why I am voting for Ruto, but above all I hope that there will be no violence after the result”.

Ancient tribal demons are reappearing once more in these elections. Wambui previously lived in Nakuru. That city was at the center of the 2007 election violence. Kenya was at that time teetering on the brink of civil war for weeks. The Kenyan elite compete for votes based on ethnicity, so that any electoral competition almost automatically degenerates into overheated passion on the part of the tribal grassroots. Vicious tribal propaganda as well as fake news is now also doing the rounds on social media.

In 2007, tribal groups such as the Luo and Kalenjin took that anger out on the Kikuyu, killing officially more than a thousand civilians. At that time, Raila Odinga, a Luo, was also running for president.

The current competition is more confused than in previous elections. Politicians unabashedly switch parties, which are not ideological platforms, but opportunistic coalitions and a source of funding for the candidates. After ten years, the term of office of the incumbent president, Uhuru Kenyatta, a Kikuyu, has expired. He was scheduled to hand over the mantle to his vice president, William Rutu, a Kalenjin. But Kenyatta and Ruto got into a fight and the president opted for Raila Odinga as his successor. Ruto and Odinga however each chose a Kikuyu as their running mate, because 5 of the 22 million eligible voters are Kikuyu. The Kikuyu have provided three of four presidents since independence and the Kenyatta family, the richest in the country, seeks protection for its accumulated wealth. Ruto’s hustler’s narrative is a hit with the poor, but less so with the wealthy. Njogu Kimando who is from the regional capital Muranga and works for the Ministry of Energy Affairs, traditionally a department where it is good to steal. “Ruto started naming his accomplices at the ministry years ago, he is considered one of the most corrupt politicians. If he wins, we Kikuyu lose everything,” he warns. He acknowledges that Odinga was effectively portrayed as a devil by rivals in the Kikuyu homeland in previous elections. “But we must make do with him now that we don’t have a Kikuyu candidate ourselves. Odinga will look after our interests. You enjoy a lot of privileges when your man is at the top.”

Twenty years ago, Kenyans massively voted down President Moi’s dictatorship. It seemed like a historic new beginning then, with hopes for reforms and an end to the ethnic politics practiced by the elite. “But these elections will not recreate the Kenyan political landscape, these are not transformative elections” predicts Willy Mutunga, civil activist and former chief justice, in the capital Nairobi. More than ever, corruption is a destructive part of Kenyan competitive politics. Not one senior Kenyan leader has ever been imprisoned for corruption, they get away with looting and murder. Even their criminal behavior during election violence in 2007/8 went unpunished.

Kenyan first leader Jomo Kenyatta, the father of the current president, had set the tone. When a critical member of parliament complained to him about corruption, the irritated president replied: “You are only jealous because you have not been able to fill your pockets yourself”. Moi made history with the so-called Goldenberg scandal, in which the state was defrauded of an estimated $1 billion. The infamous scandal under his successor Mwai Kibaki was called Anglo Leasing, in which the state lost 750 million dollars due to scams with fake contracts. And under Kibaki’s successor, Uhuru Kenyatta, corruption was more rampant than ever. He recently revealed that an estimated $16 million had “disappeared” every day during his reign for the past ten years.

“Young people live on promises and Ruto’s bottom-up resonates well with the youth,” sneers Benson Kimani who works at the University of Muranga. “But it’s a competition of lies.” He fears even more economic malaise, because when the winners are on the plush, they will have to recoup their campaign costs. “That means even more corruption after the elections.”

But the hopes of 2002 are not lost. Fighting for democracy is simply easier than practicing it. “We are still ruled by tribal and corrupt kingpins,” says Kimani, “But after maybe ten years, Kenyans will see who is defending their real interests. Then democracy will flourish.” 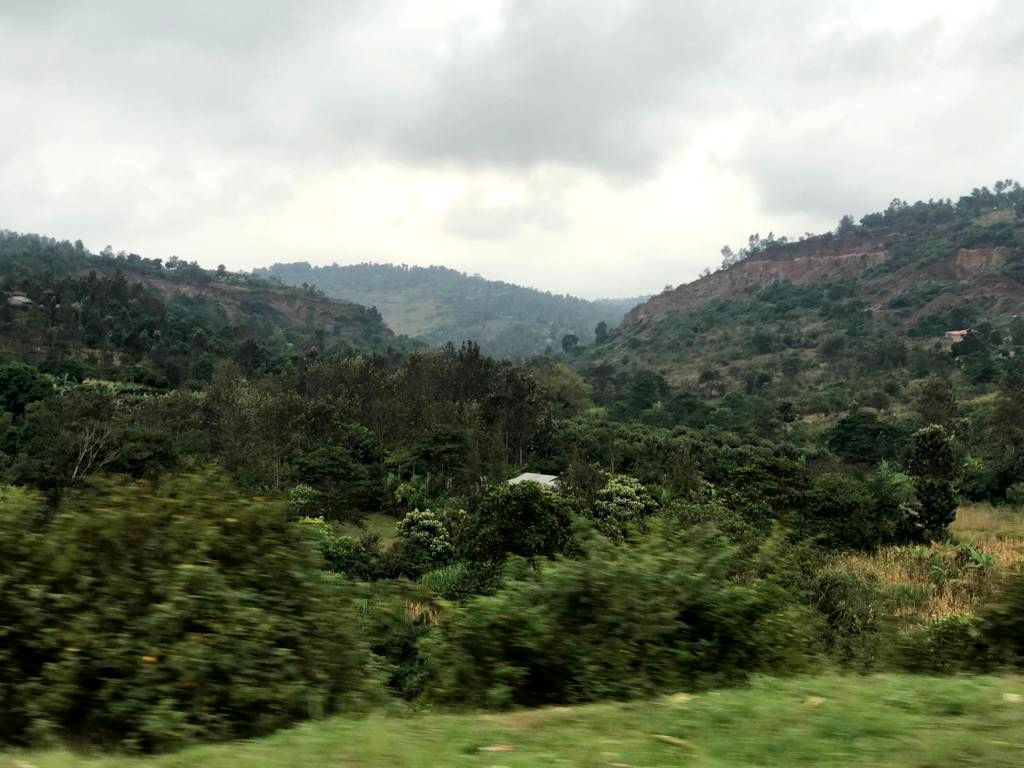