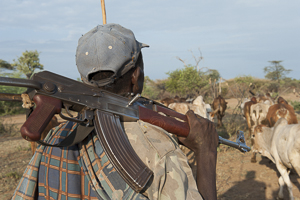 Most will know, but a reminder still. An Indian student drives back from a movie with her friend, on a bus. She gets raped, brutally molested and thrown out of the moving vehicle in Delhi, like an emptied soda bottle. The woman is now in Singapore, fighting for her life, in a hospital that is specialised in organ transplant, while suffering ‘significant brain injury’ (editor’s note: the lady has since succumbed to her wounds). The perpetrators have been arrested, riots have rocked the streets of Delhi, and a debate has exploded in India on the way women are seen, used, abused and sacrificed.

Africa has its share of sexual and domestic violence, too. What happened in India happens in Africa, too. Large scale sexual abuse in Eastern Congo, tens of thousands of reported rapes in South Africa. Abuse of children by family members in the slums of Nairobi. There’s a war in the bedroom, and very few men dare speak about it.

I am a man. And I am more than sick and tired of the way many of my “brothers” see themselves, their entitlements, their world and the women in it. What I do not understand, is why there are not many, many, many more men outraged at this despicable behaviour of our brethren.

This violent abuse is aimed at our wives, our sisters, our mothers, our nieces and cousins, aunts and neighbours, our daughters. And yet, there seems to be some unspoken rule of brotherhood that makes too many of us sit back quietly as the news events flash by our eyes, and as news of yet another rape reaches our ear drums. Why?

Why do so many of us prefer to remain silent? Is there some hidden sympathy with the perpetrators? Is there some silent desire to want to have been the rapist oneself? Do we fear the brute who dares rip off a woman’s underwear, damages her body, mind and soul, that – if we were to say something – he might one day come brutalise us? Or have many of us already become so numbed, so emotionally dead that we actually do not care anymore? Have the mainstream ideas about men and masculinity killed off the senses so much that the brutal abuse of a woman is no longer seen and felt as damaging to not just the woman, but to one’s own sense of humanity?

I have no sympathy for a rapist, a wife-beater, a child molester. Men who resort to any act that falls in any of these brackets for me falls into a category of emotional zombies, who – somewhere along the path of life – have had their humanity, their compassion, their soul killed. Putting them in jail will not solve the problem we face at large. A jail sentence will not by itself heal the victims. The sentence will not by itself prevent another woman from being raped, molested, abused.

The issue we are dealing with is much larger than just that of failing justice systems, inefficient police forces, or bus drivers indifferent to the suffering in their immediate environment.

It is not just a bunch of men who happened to have hopped on a bus the woman was riding who raped and nearly killed her. It is a way of thinking among men and women of all ages that made the act possible. That way of thinking is called patriarchy (see Wikipedia definition here below).

Patriarchy – literally translated it means “rule by the fathers” – gives near complete authority as regards life in the hands of men. It also means it adorns value to characteristics that are deemed to be “masculine”: force, aggression, unilateral decision making, authoritarianism. Let it be clear: the “father” archetype in patriarchy has nothing in common with the matured wisdom of a wise grandfather. The “father” archetype in patriarchy takes what he wants, when he wants it for his own pleasure and to fulfill his own needs of the moment and then disposes of it in ways that are the least burdensome to him.

Within patriarchy it is not “the common good” that a sensible, mature, modern father would visualise when contemplating decisions he would make together and in partnership with every other person involved, but the needs of the archetypal boy who’s been given reigns he shouldn’t hold. Boys who have been told during their entire lifespan that they are entitled to everything life could possible hand them, at the expense of those deemed less valuable: women, children, elderly, and those of the neighbouring village.

Patriarchy in essence is a system of rape, abuse and molest. Patriarchy kills not only females, female energies and qualities seen as feminine. It also wrecks everything possibly positive in qualities seen as masculine. Patriarchy takes without ever giving back. Patriarchy exploits nature and rapes forests, marine reserves. It disqualifies debate, and resolves issues through the phallic barrel of a gun. It penetrates without consideration of what it penetrates.

Patriarchy, in its essence, is inhumane. It subjugates men as much as it does women. It denies fundamental and essential human qualities of vulnerability, compassion, sharing and co-operation.

Women have been fighting this system of thought for over a century. They have been leading the way in ridding the world of one of its worst ways of thinking. Only in the last few decades have men really come aboard in this struggle. Only in recent decades have men started to realise there is a world to be gained, a genuine soul to be gotten by laying down the yoke of patriarchy.

The man who rapes a woman’s body, somewhere along the line, rapes his own human being, molests his own soul, and every male soul around him.

Men cannot afford to remain quiet.
For it is not only the woman’s body and health that is at stake here.
Our own sanity and mental health are on the line too…

***
Aernout Zevenbergen wrote a book about the crises in masculinity and the consequences of a patriarchy gone horrible awry in Africa: Spots of a leopard – on being a man. It is for sale through Amazon.com, or directly from the author. These days, Aernout is a counselling psychologist in Nyon (Switzerland) where he provides distance counselling and individual counselling.

Also worth a read is this article, by a talented, sharp-thinking young woman in South Africa: Patriarchy is the parasite that African culture must rid itself of in order to survive;

Patriarchy (rule by fathers) is a social system in which the male is the primary authority figure central to social organization and the central roles of political leadership, moral authority, and control of property, and where fathers hold authority over women and children. It implies the institutions of male rule and privilege, and entails female subordination. Many patriarchal societies are also patrilineal, meaning that property and title are inherited by the male lineage.

The Other Virgin Myth Myths abound. On virgins and their cleansing powers. And why some men rape babies. But is there any truth to it? Or is our addiction...

Aernout Zevenbergen
Born in Zambia, raised in The Netherlands, I have lived and worked in Africa since 1997. I was trained as a Political Scientist, for "to ask questions can be learned", as the Dutch nestor of journalism, Jan Blokker, advised me, whereas "writing is something you can or can't." In August 1997 I moved to Nairobi for one of the Dutch dailies, and I have roamed the continent since. In 2009, my book "Spots of a leopard - on being a man" was published. That year also saw me leave newspapers behind me to venture into new areas: photography, design, presentations and a combination of "storytelling and the quest for new masculinities". View all posts by Aernout Zevenbergen →