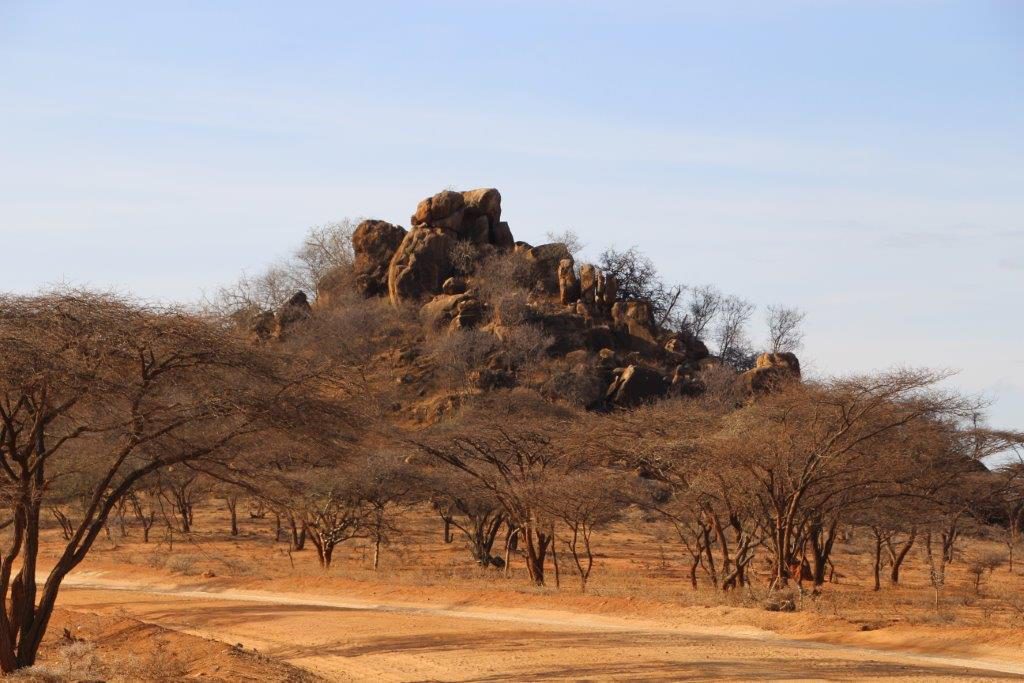 In traffic this morning a mighty bull caught up with me. The throbbing cars were soon surrounded by skinny beasts, a long tongue licked salt from my side mirror. The open window at times let the sweet aroma of cow dung in, until a swirling cloud of dust made me to close the window.
Once more the cattle from the neighboring Maasai people invade the outskirts of Nairobi, looking for the last lush greenery around filthy sewers, or for sprinkled flowers in public lawns or gardens of the rich. The usually agitated motorists gracefully give way to the cattle. For Kenya, as well as large parts of East Africa, is on the verge of a new burning drought. According to the Kenyan Red Cross already 1.3 million Kenyans are going hungry, a number that may increase to 2.5 million in the coming months.

It is the season of the jacaranda. In a desperate attempt to survive this tree with blue-purple flowers drops its seeds just before the rains and creates a colored carpet on the streets. The flame tree, an Australian tree with red plumes, is ablaze. Normally these trees announce the spring after many dry months, but this time the weather services predict the failure of the rainy season. Kenyans are preparing for disaster. 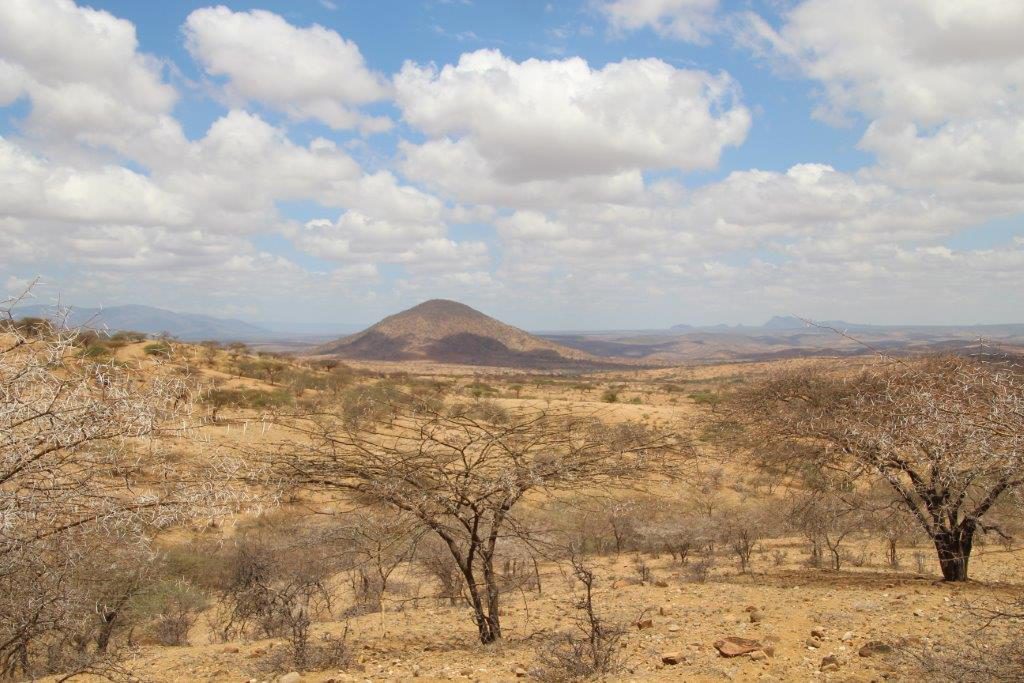 For the inhabitants of the capital Nairobi that means mostly discomfort. For me anyhow there is only water flowing from my tap once a week and now I need tankers to deliver water to my home, for a price of course. The poor depend on donkey carts delivering water or they themselves carry water in jerry cans on their heads. In particular it means extra work for women, especially in rural areas where they have to walk for hours to a water source.

Rapidly expanding cities on the continent moan and groan under population growth, the infrastructure from a quarter century ago fails to meet the increasing amount of people. Many neighborhoods do without tap water, except maybe residential areas near a beer factory or with wealthy politicians living there. The water reservoir north of the city is almost empty and the government devised a project of millions of dollars to divert three northern rivers through a twelve kilometers long tunnel to supply the capital with water. It shows the desperation of the eroding environment and the pressure on limited resources.
Outside the city the situation is much more dramatic, particularly in nomadic areas. For nomads the situation is life-threatening. It is in these areas that one learns to understand why cattle herders in their elongated greeting don’t fail to ask if it rains on the place where you come from. Even though the bombs are still in my head when leaving a war zone, the first question I must answer is whether it is going well there with the cows.
Recently I visited Samburu region close to Mount Kenya, which has no snowy summit anymore. In some parts of the district the last rain fell a year ago. The Ewaso Ng’iro went underground one month ago. This is the only river in the region, which gives life to three wildlife parks. For cattle herders the Ewaso Ng’iro is the only above-ground water source.
Samburu’s told me about dying cows and I saw the carcasses. The famine is most acute in the gritty north and along the coast.

Lack of space and environmental change lay havoc. The brown surface of the landscape shows itself for the first time in years, drawing all the characteristics of a disaster in the making. It is nothing new for the nomads, their life revolves around rain and drought. But one never get used to it. And the droughts are becoming more regular.

“Before, we were strong and could venture off to greener places”, says an old Samburu man gazing into the withered space. “Now the world has become full and we wait patiently for the damnation.” 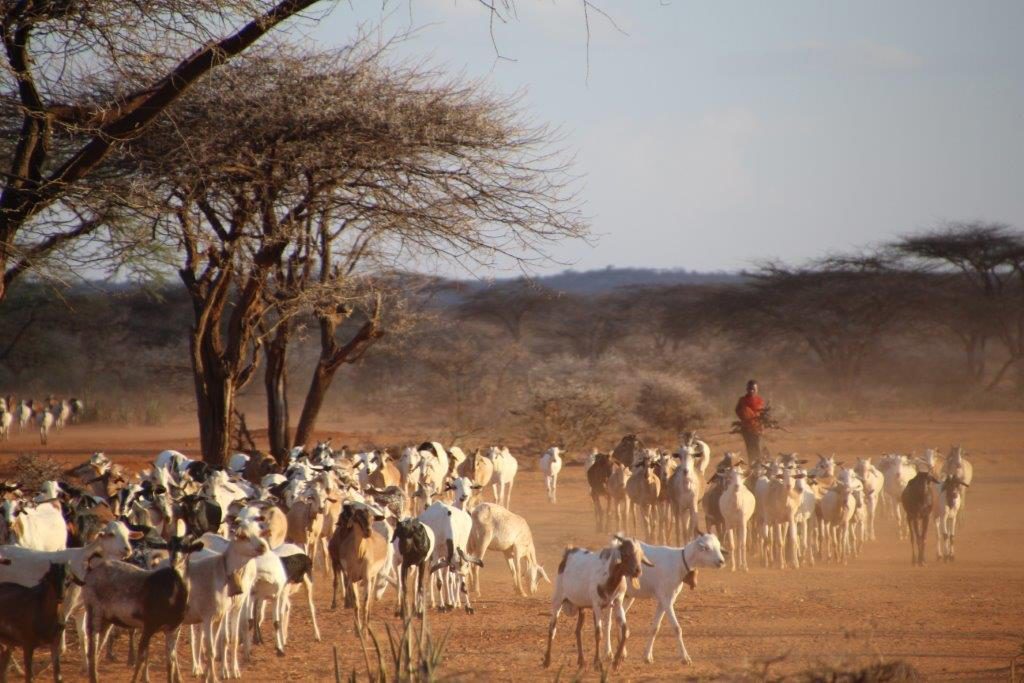 A tribute to the rains The pungent smell of raindrops in the dust after a long drought can make a Kenyan lyrical. There is a cacophony of mating sounds in... The bathroom of Kenya in trouble: will climate change destroy Kenya’s tea? The bathroom of Kenya is in trouble: will climate change destroy is Kenya's tea?... The invading cows can’t be stopped anymore The gate stands wide open and the fence is destroyed on this normally heavily guarded farm. At the entrance there are some empty cartridges. No... Lest We Forget The Hundreds Of Thousands Who Perished In SALVA KIIR’S Juba Genocide!! Lest we forget, it is now time the people of South Sudan took the initiative. It is no longer the issue of Salva Kiir; it... The nomadic spirit at breaking point due to persistent drought in Somalia Abdillah Fara’s kraal Photography Petterik Wiggers/ Text Koert Lindijer The village meeting in Budunbuto is rudely disrupted when the nomad Abdi storms in. “Water, water,...