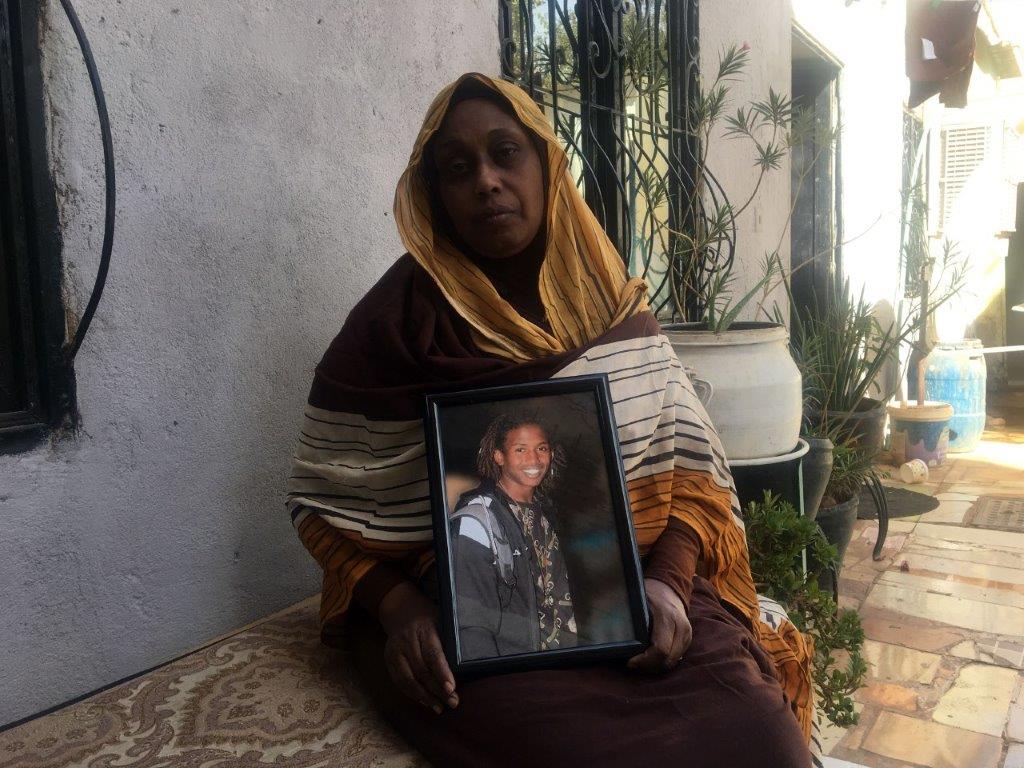 Sudan and her killed son

Susan Nasir’s eyes have sunk deep into her sockets from prolonged crying. Mohamed Majid, her 17-year-old son, is one of the more than 70 protesters who were shot dead by soldiers in the Sudanese capital Khartoum in recent weeks. He had joined the ongoing demonstrations against the military coup in October in which General Abdel Fattah al-Burhan seized power. “Majid was very talented,” she says, “he was due to start training at the School of fine arts this week.”

Susan covers her face with her hands under which the tears flow again. ,,I had a bad feeling on the day of the demonstration at the end of December. I put my hand on his forehead and quoted verses from the Quran. He laughed scornfully and said, “Mom, you don’t think they’re going to shoot me in the head do you.” Whenever my kids go to protest, I can’t eat or drink all day until they get home.” That evening Majid did not return. He had been shot in the head.

Her eldest son Ramy comes to sit next to her on the bed in their small house in Omdurman, the satellite city of Khartoum. “It was a sniper who hit him from a high floor in a building,” he says in a hushed voice, “I had warned my brother not only to look at the soldiers but also up.” Friends tried to take Majid to the hospital on a motorbike – because the soldiers prevent ambulances taking them during demonstrations – but he had already bled to death. A painful sense of guilt gnaws at Ramy. Like his brother, Majid was a Rasta and therefore easily recognizable. “I’ve been arrested many times and sometimes I think they were after me.” 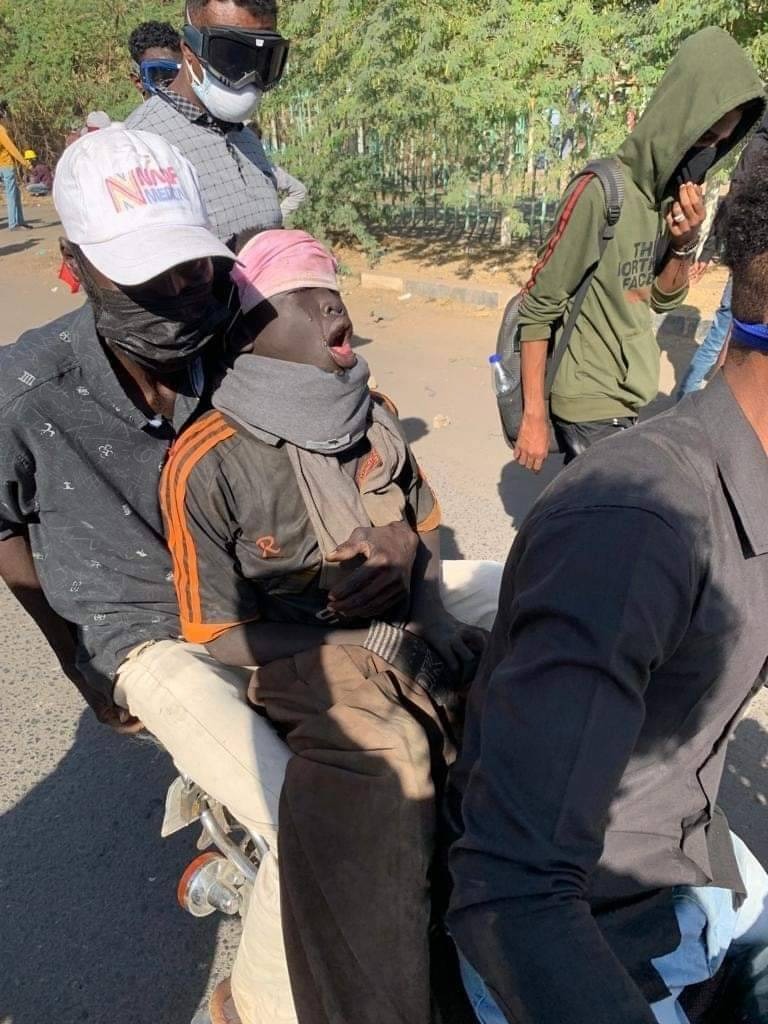 A wounded demonstrator taken away on motorbike

Sudan is in a turbulent phase in the cycle that has gripped the country since its independence in 1956, with military regimes alternating with brief periods of civilian rule. A popular uprising of hundreds of thousands on the streets of Khartoum toppled the most brutal of all generals, President Omar al-Bashir, in 2019. But the military prevented the civilians from ruling alone and a hybrid civilian/military transitional regime was formed until Burhan returned all power to the military after the coup in October. This time, the anger of younger demonstrators in particular appears to be even more difficult to suppress than before. The repression is relentless: the non-violent demonstrators await arrest, rape and soldiers who aim at their heads and chests.

Khartoum has turned into a city of bricks lying around, the only weapon of the protesters. Blackened spots from burned car tires, remains of barricades, accumulated garbage and heavily armed soldiers and militia at strategic points create a picture of a town besieged, a city in a state of war and decay.

The carnival atmosphere that followed the impeachment of President General Omar al-Bashir, who has been in power since 1989, the cultural events at the sit-in with hundreds of thousands of people at the Ministry of Defence, the sense of freedom after a rule that enforced strict Islamic morals deep into everybody’s life, they have are turned into a very grim situation.

The bridge over the Blue Nile to Khartoum North is open today; during demonstrations the soldiers usually close those access roads and pull the plug from the internet. Pathologist Ihsan Fagir (67) lives in Khartoum North. “It is very difficult to forbid our children to go to the demonstrations,” she says. “But we warn them to cover their faces with sunglasses and tear gas masks.” She is a member of the Doctors Committee, which is one of the driving forces behind the resistance to the coup. Because the wounded often do not reach the hospitals due to military obstruction, or because the soldiers even fire tear gas grenades in the hospitals, she, like other health workers, treats the wounded in secret places.

Ihsan Fagir has been a women’s activist for years, including under the deposed president Omar al-Bashir. Women are now deterred from demonstrating because of the increasing number reported of rapes of detainees in army camps. “I teach girls how to prevent rape, by tensing the legs when the rape starts, or grabbing the rapist by the testicles.” She led the group Down with Women’s Oppression for many years.

She had received a distressing call this morning. Her successor to the group, Ameera Osman, was taken from her home that night by a group of masked soldiers. “She was in the bathroom when they came, but they broke it open, wrapped her naked body in a blanket and ran off,” Ameera’s sister moaned over the phone. Ameera is disabled and needs daily medication. But no one can find out who arrested her and where she is now, although the Secret Service is suspected to be responsible. Moments later, Ihsan Fagir’s husband called to warn her to go into hiding. Ihsan Fagir shrugs. “I’m an old woman, they can’t get me down, I’ve been arrested so many times.”

At the start of the uprising against then-leader Bashir at the end of 2018, a large part of the demonstrators were women. In an interview with Ameera in NRC Handelsbald on 26-4-2019, she told how women had an extra hard time under the Islamic fundamentalist Bashir. Ameera was first jailed in 2002 for wearing pants. “Women are angry because they are the most oppressed,” she said at the time. “They stood in the street cheering and calling on the men to join their demonstration.”

That time of spontaneous resistance, such as against Bashir in 2019, in which fathers and mothers participated, has given way to an underground and more organized uprising. The aversion to military rule and Burhan seems to be widely shared among all Sudanese, but young people now no longer trust the political parties with which they collaborated in the opposition to Bashir. They no longer want to compromise with both the military and the political parties and reject negotiations. The demonstrators are now mostly independent young people, who feel betrayed by Burhan but also by the political parties which had formed the hybrid interim regime with the army. 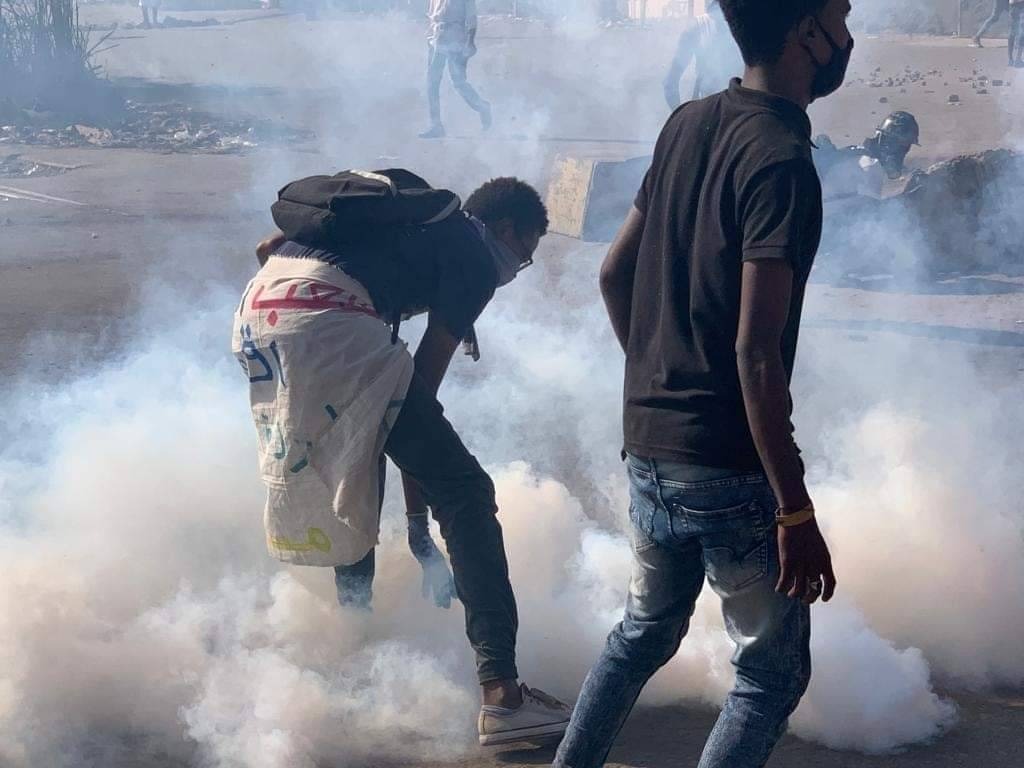 The next day, another meeting is accompanied by bad news. The meeting with Badawi Mohamed of a resistance committee in Omdurman is cancelled. He was hit in the head by a tear gas canister during a demonstration yesterday and is in intensive care. Three people were killed in that demonstration. “He was somebody of the front lines,” said Yousouf Abdallah Arbab, a member of Badawi’s resistance committee.

The underground resistance committees fire up the fight against the military regime. This was started in 2013 during a short-lived and failed popular uprising against Bashir, but in the past two years hundreds more of such committees have been secretly set up, each appointing a special team of courageous demonstrators, who call themselves the Angry Protesters or the Kings of Battle. “They lead the way, they protect themselves better than the others, for example by wearing gloves to pick up grenades fired at us and throw stones at the soldiers and police”.

All over Sudan, young people are eager to continue until General Burhan leaves. Not only in Khartoum but also in many other cities they take to the streets again and again. They call themselves revolutionaries. They don’t want to have their uprising compared with the Arab Spring, their uprising is different and Sudan is not an Arab country.

“We are much better organized than we were during the uprisings ten years ago in Arab countries,” said Almoufty Abdoulmoutheb. He belongs to yet another resistance committee. “We work much more at the grassroots among the common people, this is not just a spontaneous uprising. We have used the past years to coordinate our actions. In our committees, we elect our leaders democratically. That’s why we are so resistant and the army can’t dismantle up our organization.”

The committees work well together, using WhatsApp and telephone. “When we erect barricades in our neighbourhoods and the police come to fight us, we warn a resistance committee in another neighbourhood to take to the streets there too. That’s how we confuse the police,” says Almoufty Abdoulmoutheb. They collect money for the families of victims – “martyrs” in the words of the demonstrators. “Revolution has become a culture for the youth,” he continues. “I gave up my master’s degree until the revolution is over. The more blood that flows, the stronger the spirit of the revolution will be.”

With the men the adrenaline pumps through their blood, which sometimes makes them reckless. Young women are more thoughtful. Hanan is skyping at the villa of her father, a minister deposed in the coup. She is highly educated and in her rich neighbourhood with chic restaurants and beauty salons she is a member of a resistance committee. “When we took on Bashir, our dream was a free and stable Sudan with good education and health care,” she says, “but oh how naive we were, Bashir and Burhan are made of the same cloth. If we also succeed in overthrowing Burhan will we have our victory taken away again by yet another general?”

Yesterday she was slightly injured during a demonstration. Sometimes she has doubts. “Maybe we’re naive to go on like this,” she says. “It hurts so much to have to say farewell to yet another fellow protester every time. What is happening in Sudan is heroic, but it also makes me very sad.” 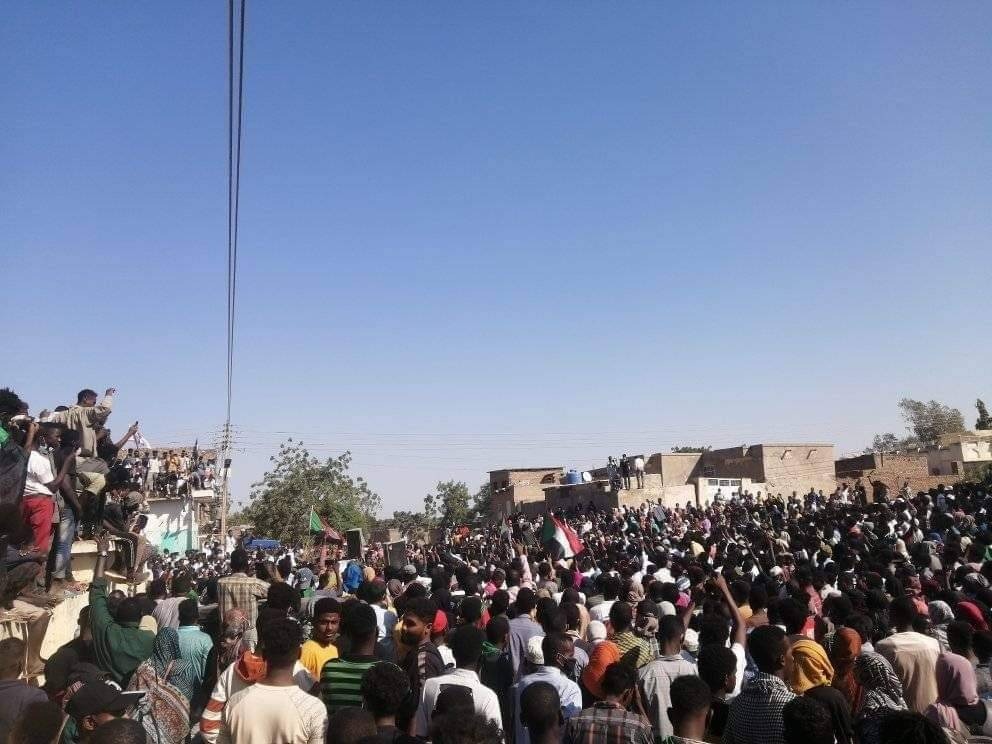 Some of the 79 Sudanese killed in demonstrations in recent weeks, copied from the website of the Resistance Committees https://resistancecommittee.com/en/joint-press-release-no-to-foreign-interference-resistance-committees/ 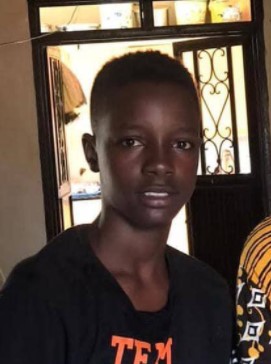 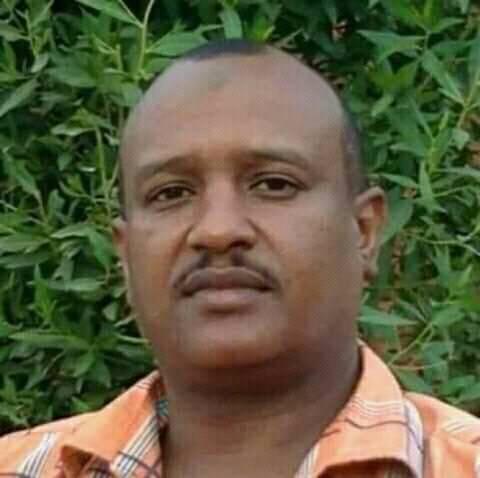 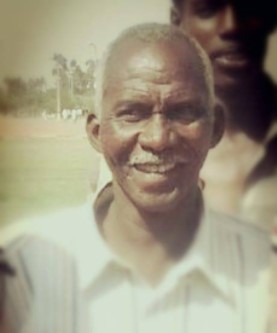 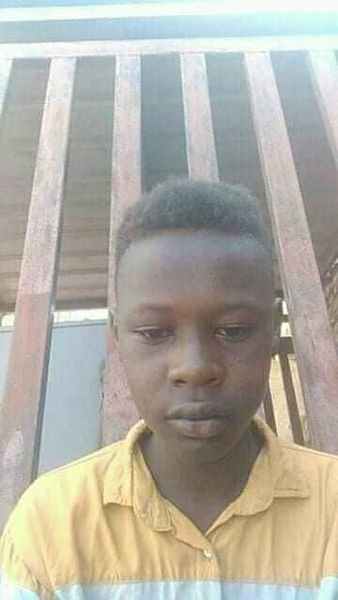 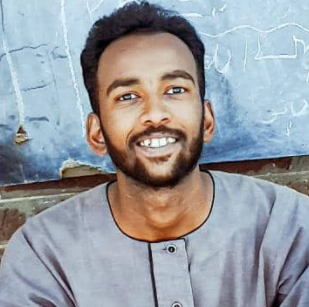 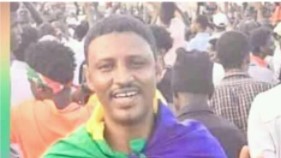 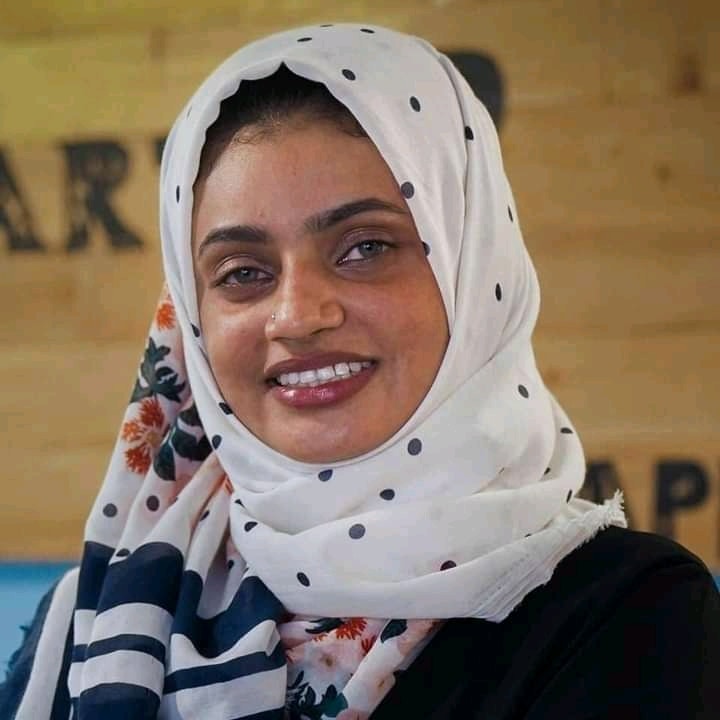 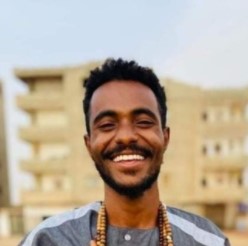 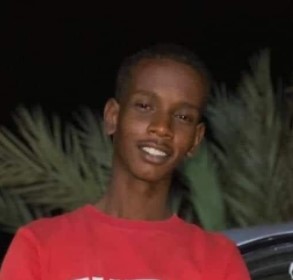 Sudanese are drunk on freedom Looking worried Abelmonim stands with his two young daughters among the hundreds of thousands of demonstrators in front of the military complex in the Sudanese... The storm gathers in the desert around Al Fashir in Darfur As the village of Wadda awakens to the sound of pigeons, chickens and donkeys, an old man rides his camel over the sand that has... Stranded in the war of Sudan’s Nuba mountains "I don't want to start writing this story. I've been stuck in a rebel area in the Nuba Mountains of Sudan, surrounded by hostile government... ‘Lost boys’ of Sudan may not have been so lost “We were not lost, we were led by SPLM adults. The expression ‘lost boys’ is bullshit.”... The nomadic spirit at breaking point due to persistent drought in Somalia Abdillah Fara’s kraal Photography Petterik Wiggers/ Text Koert Lindijer The village meeting in Budunbuto is rudely disrupted when the nomad Abdi storms in. “Water, water,...