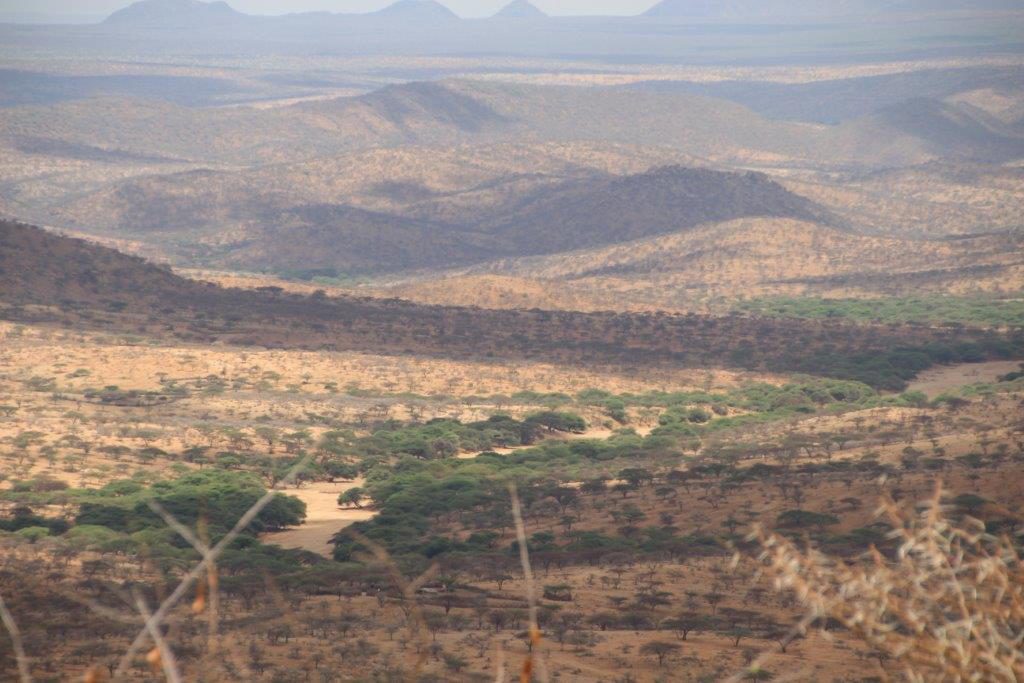 The gate stands wide open and the fence is destroyed on this normally heavily guarded farm. At the entrance there are some empty cartridges. No landowner can resist the invasion of the mooing cows and the government seems powerless. The stubborn cattle nomads of Kenya show their strength originating from an archaic past, when they were the strongest power in a large territory. Faced with a severe drought, the nomads and their herds have occupied large tracts of private land in the Laikipia region around the equator.
Dust clouds hang above everything that moves in the country. In their rivalry for the last grass and water humans and livestock as well as elephants and giraffes pulverize the fragile soil with their feet. “Yes, it is possible that the owner of this farm holds the title deed,” smirks a nomad of the Samburu who has invaded the farm. “Yes, he has the title deed, but I have the soil. If you are sitting in a protected place in the shade and I sit on a bare rock in the sun, I have the right to come and sit with you.” He points into the distance. “See that smoke over there? Go there. Let the smoke tell the story.” 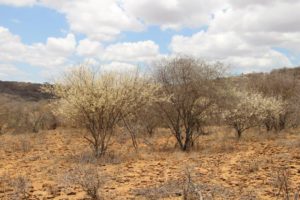 Inside the charred cattle kraals not far from the farm the dung and mud-made houses still smoulder two days after the attack by the Kenyan police. A strong wind pushes ash into the sky. An old Samburu man shakes his head in disbelief. “The officers arrived around noon in trucks and an armored tank. They shot at our cattle,” he says. “See that carcass there? They put my cow on fire. A cow! How do they get it in their head.”

The drought has created an insane cycle of violence and revenge. Ten of thousands shepherds with 150 000 head of cattle have invaded farms, largely owned by white Kenyans. During these invasions which started in September some people including Samburu’s have been killed. “That worked in our favor,” the young Samburu warrior Lparitiris Loshopoko chuckles as he searches for his belongings in the ashes. “For that, we were given the right to retaliate.” Agitated Samburu’s have destroyed hostels for workers, hotel rooms for tourists and solar panels on some occupied farmlands. Out of anger they also killed a few elephants and lions. Which was followed by the burning of Samburu houses by the police.
“Only my teeth do not see my sadness and keep on smiling,” says Loshopoko. “There is not enough any more for all the grazers. One leg does not stop running because the other is standing still. If you don’t stay on the move, you die.” The drought has radicalized youth like Loshopoko, who according to their myths are entitled to all the pasture of all the land. “We do not keep the land, we only want the grass. Today we graze on this farm, a few weeks from now on a farm of another owner. For many generations all that land in Laikipia belonged to us, the Maasai and Samburu”.

Until half a century ago the nomads in the seemingly endless space of Laikipia had a good life. Nature took care of the people, but now people have to take care of nature. Because there are too many people and especially too many cows. In forty years, according to studies, the cattle in Kenya has increased by 76 percent while the wild animals have decreased by 68 percent. The environmental degradation shows itself most sharply during drought, because there is too much pressure on a few resources. Until 1880 the Maasai and their relatives the Samburu ruled in large parts of what is now called Kenya and Tanzania. Drought and syphilis (the “Arabian disease” in the vernacular) decimated the nomadic tribes. When the whites built the iron snake the shepherds were too weak to stop the train. Mbatian Lenana, the shaman of the Maasai, signed a treaty in 1904 where he gave away two thirds of his territory to the settlers, without compensation. In 1911, the now disputed Laikipia also came in white hands.

In Laikipia the fertile highlands end and the savanna begins. The white farmers started large-scale cattle farms there. After the loss of their political power after independence in 1964, they partially exchanged their livestock for wildlife. In doing so they hoped to avoid competition with the surrounding nomads and generate sympathy for their environmental protection activities. On their farms, strung together by corridors for wildlife, they offer tourists an exclusive safari, like an endangered species tour. They accommodate dozens of endangered rhinos and chimps, with the main attraction The last male standing, which is the last surviving male northern white rhino.
Samburu’s armed with automatic rifles attacked Suyian four weeks ago. On the way to this farm of 44 000 acres dust devils rage across a balding landscape. Mount Kenya towers above this land, almost devoid of snow due to climate change. In the common areas some stubbles of grass remain, while in Suyian there is still high grass, trees protect the parched ground and water hides behind the dams.
Archie Voorspuy, general manager of Suyian receives a radio call in his office. It is an emergency message. “The nomads are shooting at my workers. I was shot at three times in the last few days,” he says. Archie is white, “but born and raised in Kenya.” He breeds 3500 cows in Suyian. Last month after the invasion there were suddenly 56 000 more heads of cattle.

The last white farmers in Laikipia are helpless. Not only because of drought but also political issues stirring up violence against them. In the run-up to August elections some politicians in Lakipia spoke out in favor of the invasions. A vote in exchange for grass. “Three more weeks and then all the grass will be finished in Suyian,” Achie predicts. “Then I hope that the drought will not be politicized further”. This article first appeared in NRC Handelsblad on 21-2-2017

Once more thousands threatened by drought in Kenya In traffic this morning a mighty bull caught up with me. The throbbing cars were soon surrounded by skinny beasts, a long tongue licked salt... God has lost the key to make rain in Turkana A dark cloud emerges above the cruel landscape of sand, stones, rocks and thorny bushes. On the plains as dry as cardboard live the last... Flower farms in ancestral Ethiopia: a choice between large or small Ethiopia has a huge, large scale flower industry. Does that benefit the country?...