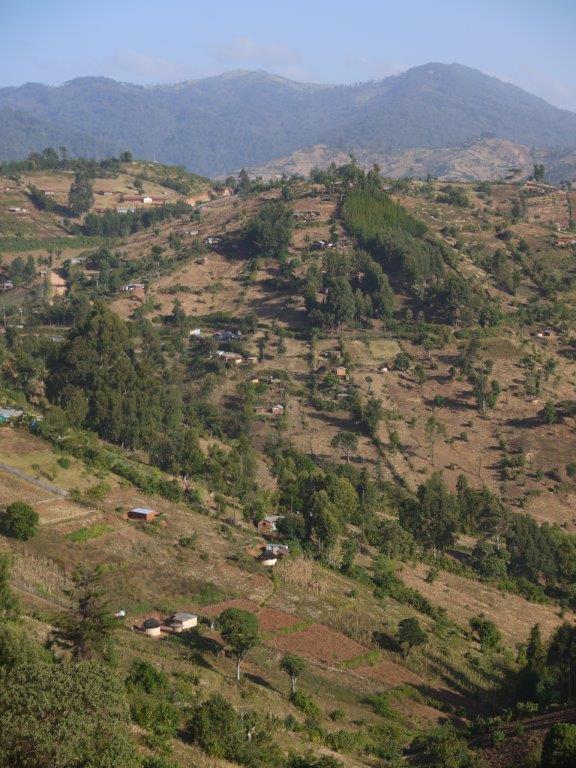 The dilemma whether an indigenous people can live in a forest that is a water catchment area, stares you in the face in the Embobut forest in the west of Kenya. There are only tufts left, while it harbours the source for a river that is important for a large part of Western Kenya. The forest needs urgently to be rehabilitated because Kenya is already struggling more and more with water shortages.

And then there are the Sengwer, a people of what used to be hunters and gatherers, who consider the Embobut forest as their traditional home. Their ancestors found everything they needed in the forest. They ate meat from wild animals which they killed with bow and arrow. They gathered tubers and wild grains with which they supplemented their diet. They also got honey from the bees and used medicinal herbs for diseases.

Elias Kimaiyo, a Sengwer activist, believes that it is not a dilemma but a win-win situation. “We know the forest best. We are the natural guardians. The forestry department must teach us how to restore it.” However, the government does not want anyone in the forest and chases everyone out of it with use of excessive violence.

Kimaiyo promises to come with us to the Embobut forest to meet his people. It is still dark and only the nightjars make their elongated, whirring sound when he comes from his temporary lodging in Eldoret, a town south of the Embobut forest. He sticks his head through the car window and says, timidly: “I do not dare to accompany you. There was shooting in the forest. My contacts there say that forest rangers are performing a raid to drive people out of the Embobut forest.”

Kimaiyo is a wanted man. The authorities are fed up with his activism. Local politicians make him out for a criminal. He was injured last year when the forestry made yet another attempt to drive Sengwer out of the forest. He ran away but stumbled and fell hitting his knee on a stone. “The foresters caught up with me and hit their rifle butts on my shoulder. I can no longer use my right arm, and my kneecap is damaged.”

Sengwer, enraged by the ranger’s behaviour, took revenge and set fire to a building of the forestry department. This signalled war between the two camps. The forestry department used increasingly brutal violence. Rangers beat Sengwer out of the forest and burned houses and possessions. They also took some cattle with them. An old man died during such a confrontation.

In response to the brutal behaviour of the forest rangers, the European Union suspended more than 30 million euros for the protection of water catchment areas in Kenya. “The EU insists on respecting the rights of indigenous people. It was never expected that the conservation of water catchment areas would mean expulsions or the use of force “, according to an EU statement.

Kimaiyo has, despite the early hour, been able to provide a replacement that takes us across deserted streets, country lanes and cart tracks to avoid the patrolling forest rangers. The Cherangani Hills on which the Embobut Forest is located, should be called Cherangani mountains because of their height up to 3500 meters. Embobut is not the only forest in the mountain landscape. There are thirteen forests and they all show traces of large-scale tree cutting. Many slopes are covered with fields up to the top. Potatoes on the west side and maize on the east side.

The East African Wildlife Society (EAWS) estimates that in 2009 three-quarters of the original Embobut had been lost by cutting of trees. But other water catchment areas also suffer from large loss of trees. Kenya was more than two hundred years ago about 40 percent covered with forest. Now that is, according to the government, 7 percent but independent conservationists keep it at 3 percent.

After hours of driving we arrive in Chepyomot, a hamlet literally on the edge of the Embobut forest. There are Sengwer, and also Marakwet, the largest population group in the Cherangani Hills. 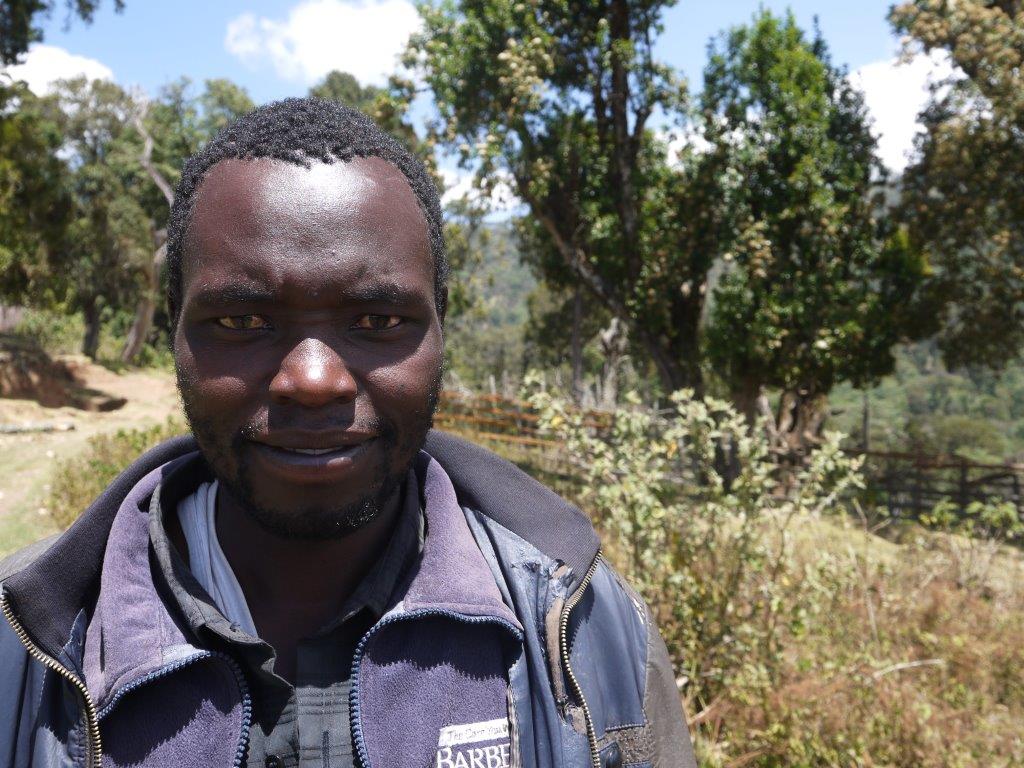 John Toroitich is willing to take us a bit into the forest. The Sengwer no longer live like their ancestors. The people of hunters and gatherers have adapted to lifestyles of other population groups in the region. Toroitich is a cattle farmer whose cows and sheep graze in the forest. “We also did agriculture, but we stopped doing that when we understood that it was bad for the forest”, he says as he walks into the Embobut forest with great strides. His thick jacket over a fleece vest is not a luxury as it is very cold despite a clear blue sky and sunshine. Cows graze under the sometimes century old trees. A recently born calf greedily sucks from the mother’s udder. Sheared sheep skip down the slope. “I’m going back home into the forest, at the end of the afternoon, to spend the night there. The foresters are then back at their posts “, says Toroitich with a gruff expression. Sengwer men play a dangerous cat and mouse game with the heavily armed foresters.

“We have no other home than the Embobut forest. The government wanted to resettle us far away but our ancestors are buried here. Their spirits still speak to us in our dreams and give us guidance. We cannot give up the forest “, says Toroitich. Indigenous peoples have an intense relationship with the land on which their ancestors lived and the soil in which they were buried. It is sacred for them. Sengwer, and also those who no longer live in the forest, go to Embobut to give their children names. An important ceremony for the people. In their own words they are inspired by the spirits of their ancestors about which name best suits a child.

There are an estimated 30,000 Sengwer but at most 5000 live more or less in the forest. Toroitich admits that in the past they did not always take good care of the forest. “We were not the only ones who cut trees for agricultural purposes. The Marakwet did that too, but we stopped when we understood how bad it was.” But is cattle in the forest also not harmful? He does not answer.

Sengwer believe that they are not listened to enough by the authorities. “That’s because the state does not recognize the Sengwer as a separate indigenous people,” concludes Albina Cheboi, who brought us here. “We are sometimes added to the Marakwet, and sometimes to another group. But we are different. For us the Embobut forest represents not only an economic lifestyle, but especially culture and traditions that are important to us. ” The 23-year-old is studying in Eldoret. She wears a black glitter dress with leather jacket and her eyes are constantly fixed on the screen of her cell phone. The question arises whether the attachment of the Sengwer to the forest in 2018 is not outdated. She admits that chances are that she will never live permanently in the forest but will find a job in the city. “Possibly I will marry a man who also works in the city where our children will go to school. But during the holidays, I want to be in the Embobut forest, in the vicinity of our ancestors. The forest provides us with an identity. We do not exist without Embobut. ” 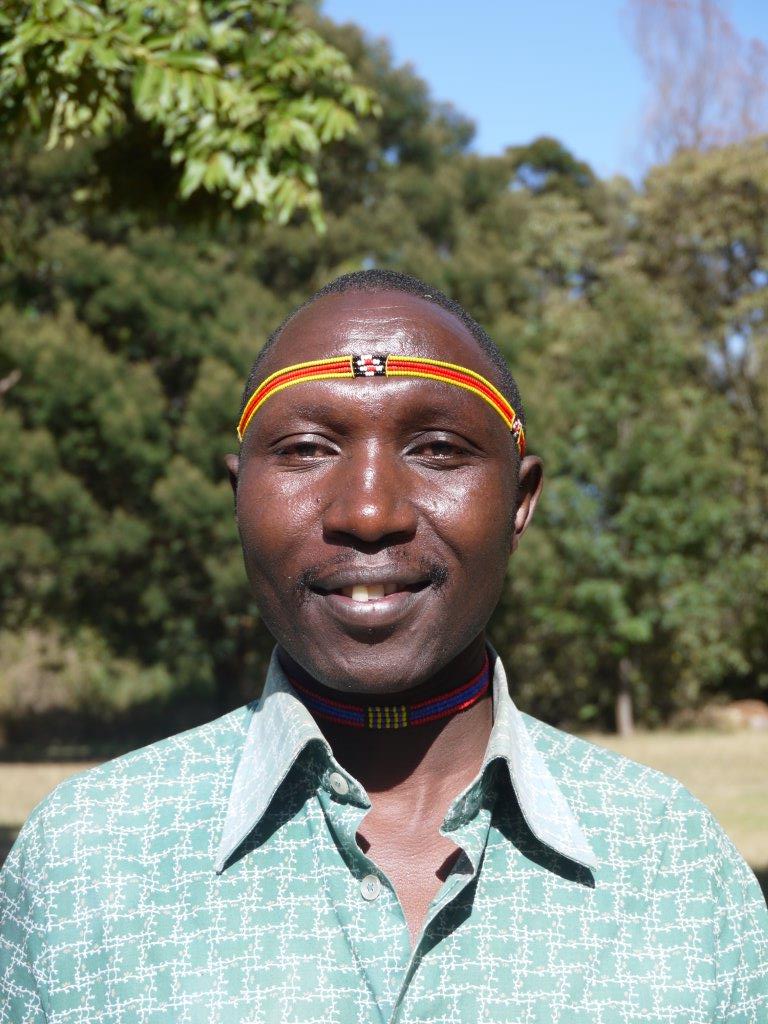 Elias Kimaiyo recently received a human rights prize from the National Coalition of Human Rights Defenders in the capital Nairobi, of which the Netherlands is presently the president. He received an award for documenting human rights violations in the Embobut Forest, and his commitment to the Sengwer. He wrote a letter to the Kenyan president Uhuru Kenyatta in which he explained the grievances of the Sengwer about their expulsion from the Embobut forest. He never got a reply.

All pictures by Ilona Eveleens

3 Cows at the edge of the forest