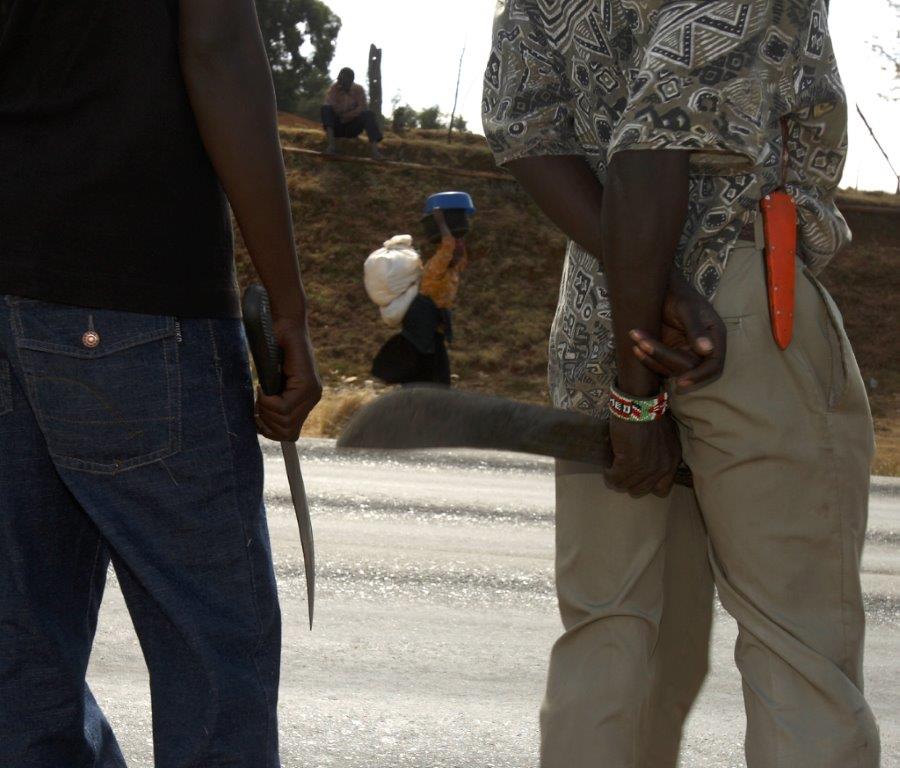 Kenyan former chief justice Willy Mutunga speaks out. “We must not give up on revolutionary optimism”, he warns in this piece. Since a new and progressive constitution was promulgated in 2010, reactionary forces try to undermine it. But “the struggle to implement the progressive vision of this Constitution continues today”. Mutunga praises devolution, which he sees as “transformation from the margins”.

This article first appeared on the website of Transformation.

On August 27 2010 Kenya promulgated a progressive Constitution whose vision is social democracy. It’s a vision of the promotion and protection of the whole gamut of human rights; the equitable distribution of political power and the resources of society; and the creation of a nation out of different ethnic groupings. The Constitution aims to bring an end to the organization of politics through divisions; mitigate the protection of private property in land; cement agreement on national values and principles; promote integrity in public and private leadership; and build depersonalized national institutions.

The struggle to implement the progressive vision of this Constitution continues today. The elite forces of the status quo who found this vision unacceptable are resisting its implementation at every step. As the latest stage in this process, Kenya will hold new elections on August 8, 2017. I was Chief Justice and President of the Supreme Court of Kenya from 2011 to 2016, so I’ve observed and participated in this process first-hand. Given the efforts of the political elite to resist the implementation of the Constitution, I became convinced that the Judiciary had to play a pivotal role in defending and advancing it. We consciously developed a jurisprudence that promoted the Constitution’s robust implementation, and in that way the Judiciary became a political actor. 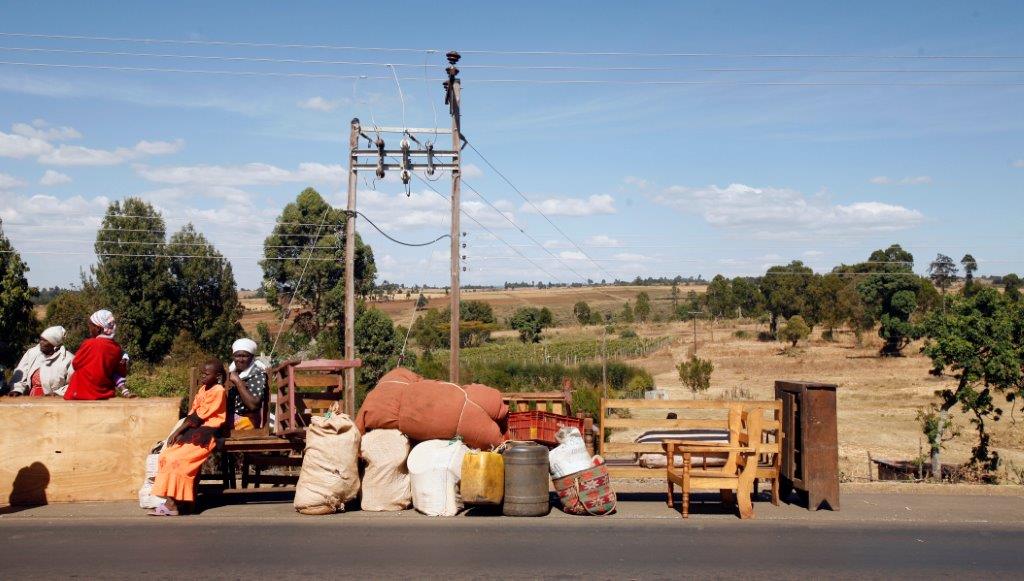 For almost the entire period since Kenya’s independence on December 12, 1963, the country’s politics have been organized around divisions: ethnic, religious, racial, regional, clan and gender-based, generational, pastoralists versus agriculturalists, and most recently, divisions driven by xenophobia. The Kenyan elite have become so adept at the politics of division that elections are never about issues, and voters seem unable or unwilling to shed the blinkers of these differences.

Academics and activists on both side of the class divide shamelessly talk of the ‘tyranny of numbers:’  out of the 43 ethnic communities in Kenya, the ‘Big Five’ command over 70 per cent of the electoral vote—Kikuyu, Kalenjin, Luo, Kamba and Luhya. The politics of division are reflected in concrete terms in ethnic coalitions that are put together by the barons of these five communities. At the moment three of them are members of the National Super Alliance, or NASA (Luo, Kamba and Luhya), while the other two form the Jubilee coalition (Kikuyu and Kalenjin). The graveyard of acronyms of Kenyan political parties since independence would make for grim but humorous reading.

There is one pillar in the Constitution that gives me optimism: devolution, which entails the equitable distribution of political power and resources. Kenya has 47 counties with governments led by elected Governors. The Constitution decrees that 15 per cent of all national resources must be shared between these 47 counties. The Kenyan Senate has come up with an equalization formula that favors counties that hitherto have been marginalized.

Notwithstanding the very real issue of decentralized corruption, reports from these marginalized counties are encouraging. I believe that anti-corruption movements are gaining ground from the margins of these counties to safeguard the resources that are devolved to them. Demands for more resources are being made from the Center in the form of the Executive, Parliament, the Treasury and the Central Bank, since these national institutions have not justified their 85 per cent lion’s share.

Devolution, more resources for counties, and weakening the Center in financial matters are issues that will take center stage in the forthcoming elections. This will be a contest in which poverty eradication and the equitable distribution of resources should feature prominently. If so, this would be a great leap forward in the quest to strengthen Kenyan democracy.

In this respect I can already see the beginnings of a politics of humanity that is based on the equitable distribution of resources. Social movements in marginalized counties are gaining strength. Public participation in the use of resources is robust. Debates are taking place around the material needs of the people like education, employment, health, sanitation, housing, environment, foreign investment and corruption. There is a great imagination and consciousness emerging from the margins that sees the prudent use of resources as one of the keys to poverty-eradication.

I have been cautioned about creating too much hope from what I see in marginalized counties. I have been warned not to create a fetish out of the Constitution, or of devolution. All I can say with certainty is that both ‘trains have left the station,’ and they will not be easily derailed.

This is not the first time we have heard of transformation from the margins. The Chinese revolutionaries talked of surrounding the cities from the rural areas, their margins. They talked of solidarities between workers and peasants on the basis of the material interests of their lives and livelihoods. And reading Nina Eliasoph’s recent Transformation piece on the United States reminds me that such debates are happening right across the world.

I have no issue with improving access to consumer goods, jobs and services like health and education. I love them. What I hate is their inequitable distribution. Eliasoph touches on the same issue in her insistence that politics needs to “offer a vision of society in which everyone could enjoy things that look like the privilege of elites…a vision that shows how lessening the gap between the rich and poor” could make these goods and services accessible to all.

In both Kenya and the US, the challenge is to resist systems that put profits before people. This challenge is centrally concerned with the equitable distribution of resources. It’s about mitigating the harshness of systems that create extreme inequalities among people. I believe such visions are reflected in paradigms of human rights, social justice, and social democracy. In practical terms it is about having a society in which everybody can enjoy at the minimum the rights, entitlements and opportunities that are currently enjoyed by elites.

History records numerous experiments in what was called welfare capitalism and social democracy after World War Two. In America Eliasoph mentions the New Deal and the Great Society of Presidents Roosevelt and Johnson respectively. I believe one could add the meager reinforcement of such state-driven projects in the US through corporate social responsibility and social justice philanthropy, which attempt to mitigate the costs and concentrated power of corporatism.

Eliasoph is right. Such solidarities are possible notwithstanding divisions in society if “white rural people’s suffering” as she puts it is addressed as a political issue alongside the suffering of people of color and low-income communities in cities. Institutionalized racism might slowly be dismantled by a politics of humanity in which resources are equitably distributed, and in which poverty knows no color.

I know the challenges that stand in the way of this potentially-transformative optimism. Neo-liberalism and the engines that put profits before people provide serious barriers to progress. Even in Kenya, devolution faces serious challenges from neo-liberalism from the elites who benefit from it and its agents.

I want, however, to join my imagination with that of Eliasoph and others in projects of solidarity across national borders. This idea is not new. The slogan of the World Social Forum  is “Another World is Possible.” The Indian activist Arundhati Roy goes even further by telling us that “Another world is not only possible, she is on her way. On a quiet day, I can hear her breathing.” We must not give up such revolutionary optimism. It may get us some important concessions from neo-liberalism—and possibly much, much more.

Will elections in Kenya be the road to hell again, or a new beginning? President Mwai Kibaki leaves with a $200,000 golden handshake, but what kind of political settlement will he leave in his wake? Everyone is strapped in... Grand handshakes in Kenya reconfirm the interest of the political elite By Willy Mutunga The handshake between President Uhuru and Raila Odinga on March 09, 2018 was not the first of baronial handshakes we have seen... Life style audits in Kenya a good idea to fight corruption By Willy Mutunga Lifestyle audits of state/public officers is a great idea. Our political elites are never short of great ideas. In every great idea... Is Someone Trying To Kill Devolution? We’ve tried everything else – Let's try devolution next. Oh, wait, much better: let's pretend, and then kill it.... Give value to the spirits in the fight against ebola Only the people themselves can stop new infections, but do the fighters agains ebola listen enough to them?...