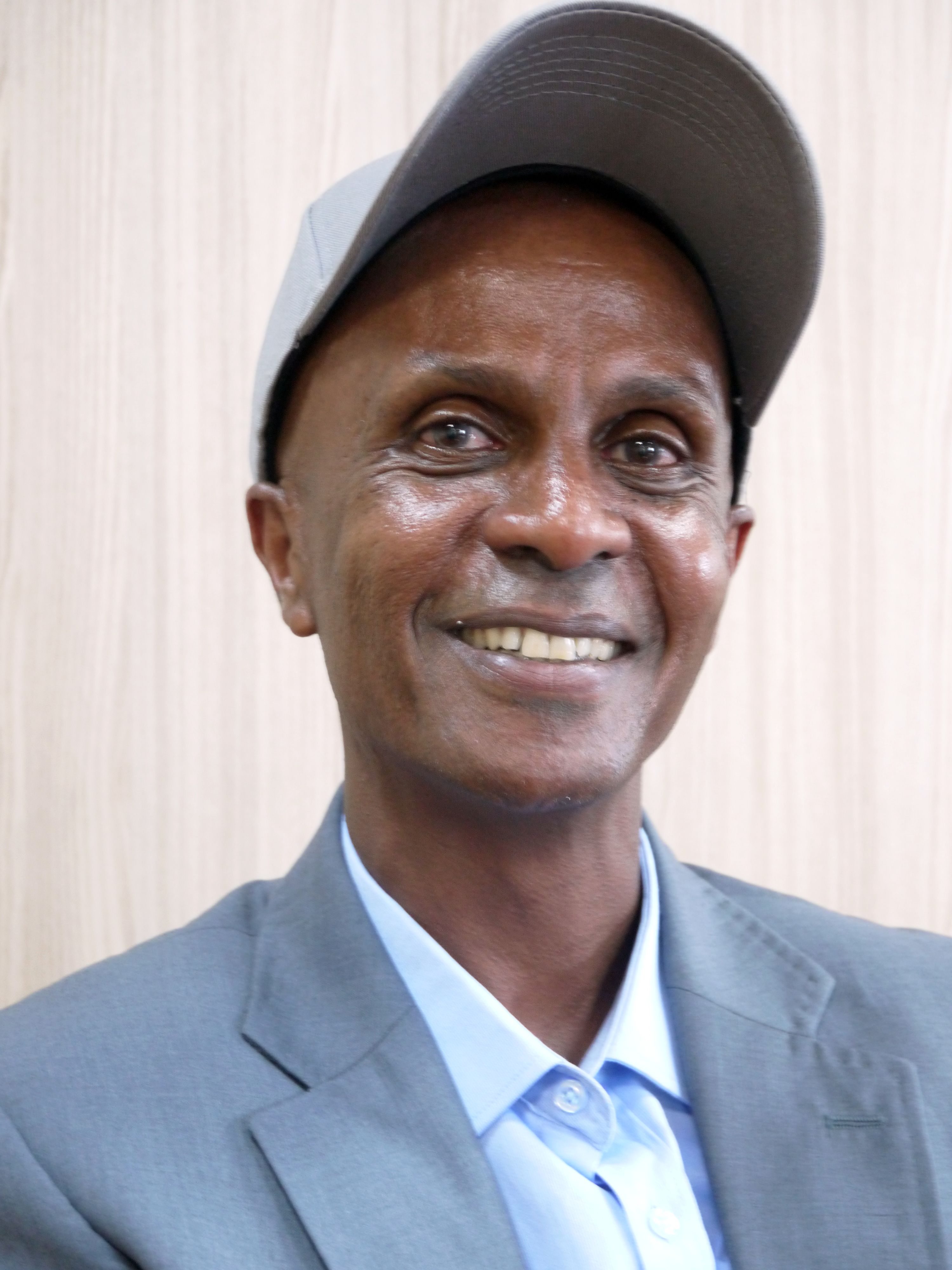 Eskinder Nega is tense. The Ethiopian journalist travels next week to meet his eleven-year-old son Nafkot in the United States after being in captivity in Ethiopia for six years. That makes him nervous, because he barely knows his son. Nafkot was born in prison in the Ethiopian capital Addis Ababa, when his father and mother were imprisoned there. “Would he recognize me?”, Eskinder Nega worries. “He only knows me as a legend, as one of Ethiopia’s most famous political prisoners. But I also have my weaknesses and many mistakes. Will he accept it?”

Nine times, Eskinder Nega went behind bars since he returned from America to his native country in the early nineties. The last time was in 2011 on charges of terrorism. In February he was unexpectedly freed among hundreds of other political prisoners after the Ethiopian regime began to make remarkable reforms. The new Prime Minister Abiy Ahmed closed down the infamous Kaliti prison, where Eskinder was stuck for years.

After communist regimes fell around the world in the early 1990s, including that of the Ethiopian military Marxist Mengistu Haile Mariam, Eskinder Nega expected change. “The end of the tyranny came into view and my wife and I started the first independent newspaper in Ethiopian history”, he says during a short visit to Nairobi. “Mengistu’s successor Meles Zenawi however turned out to be a Leninist, he did not allow opposition and closed my newspaper.”

The authorities put him and his wife Serkalem Fasil behind bars in 2005 for seventeen months because of high treason. “I heard in prison that she was pregnant. And later that she gave birth to our son”. After his release, the wife and child went to America for safety reasons, but the father did not want to leave. “To be a real journalist in Ethiopia, you have to be an activist.” He became a blogger and inevitably ended up in prison again.

In 2009, Meles Zenawi’s party had adopted a draconian anti-terrorism law. That law made critical journalists into terrorists. In 2011 he was sentenced to 18 years under this law. PEN, the international organization for the freedom of writers, gave him the Freedom to Write Award in 2012. He continued to write, even in prison.

“The prison authorities wanted me to stop writing. But I refused and that is why I was branded as a troublemaker who had to live separately from the other detainees. I received neither a pen nor paper and my books were taken away. But sometimes I managed to smuggle a pen and paper inside. I also wrote on every piece of paper or cardboard I could get my hand on, also on toilet paper. Thus, my life in prison became a daily fight. I never stopped writing. Because I knew that if I stopped doing so, my will would be broken. If I had stopped writing, I would have subjected myself to tyranny. ”

According to Eskinder Nega, democracy is the goal of all the peoples of the earth. “If democracy can work in a state as diverse as India, and even in South Africa, which is highly polarized because of its history, why not in Ethiopia? We are the oldest nation in Africa and we helped the African countries become independent in the sixties. What an irony that we are now the last country on the continent to become democratic.”

Eskinder Nega is optimistic about the chance that the new Prime Minister Abiy can steer the nation into democratic waters. But for now, as a journalist, he remains an activist. “If the new prime minister backs away, there will be big demonstrations against the government again.” He wants to start blogging and writing for newspapers. “In the social media you get your information, while the old media like newspapers gives the analysis. Social media will never eliminate the old media. I want to be active in all media.”

This article was published in NRC Handelsblad on Tuesday, 8 May 2018

Freedom is unknown and the future not so certain in Ethiopia Back-lit and draped in palm leaves, Abiy Ahmed bears an uncanny resemblance to Jesus Christ in the stickers you see plastered on car bonnets, shop... How Meles rules Ethiopia Meles Zenawi is the cleverest and most engaging Prime Minister in Africa – at least when he talks to visiting outsiders. When he speaks to... Flower farms in ancestral Ethiopia: a choice between large or small Ethiopia has a huge, large scale flower industry. Does that benefit the country?... Leaders in Africa disappointed me- Jan Pronk The time has come for Johannes Pieter Pronk’s memoirs. After surviving a major heart attack last year, the former Dutch development minister, born in 1940,... A democratic muddle It appeared to be a relapse to 1966, the year in which the democracy in Uganda was given a farewell. The Ugandan army last week...